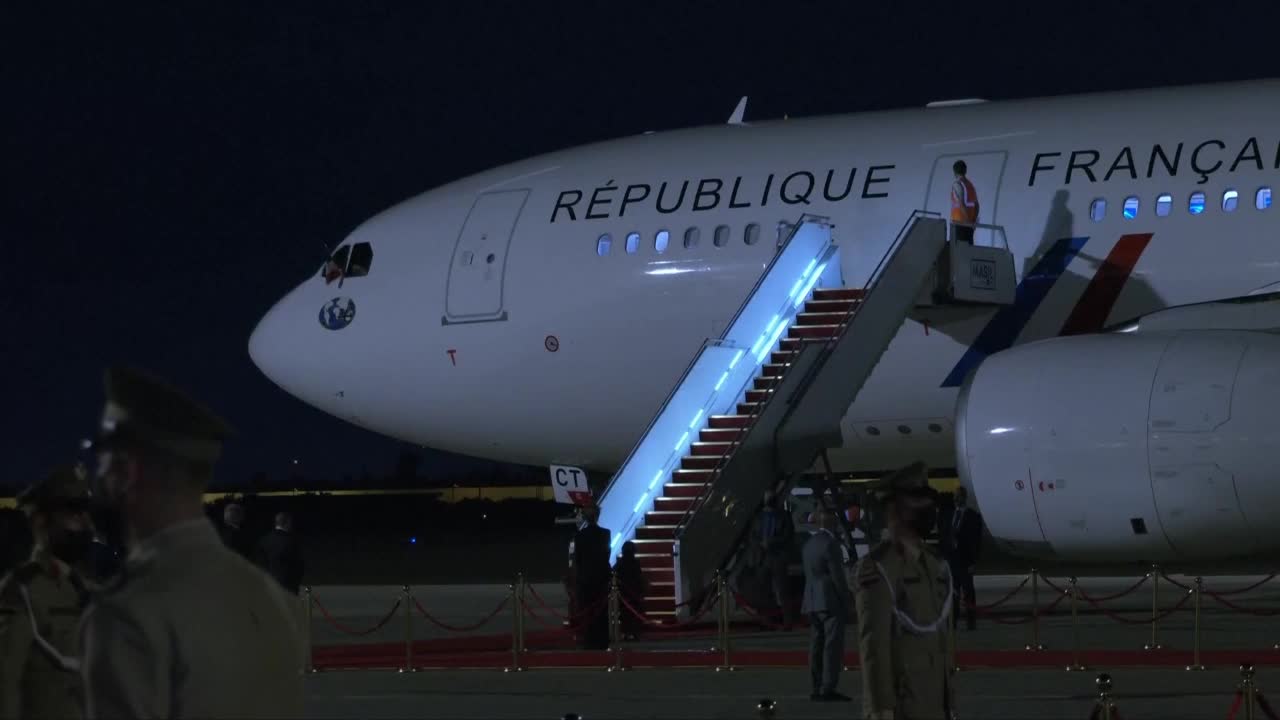 French President Emmanuel Macron arrived at midnight in Baghdad’s Iraqi capital in an official visit to participate in the “Baghdad Conference for Cooperation and Partnership.

During his visit, the French president will meet his Iraqi counterpart, Barham Salih, and the Speaker of Parliament, Muhammad al-Halbousi.

The French Presidency clarified that Emmanuel Macron, who visited Iraq on September 2, 2020, wants “to express his support for the pivotal role of Iraq, to combat terrorism, to develop the country, and help ease tensions.

“Macron will begin his visit on Saturday by attending the Baghdad Conference for Cooperation and Partnership.

This summit brings together several foreign leaders to ease tension in the region and gain much-needed support for Iraq.

Later on Saturday, Macron will visit the shrine of the eighth-century imam Mousa Al Kadhim in Baghdad, which is revered by Shiites, before heading north to meet officials in Kurdistan.

On Sunday, he will visit the northern Iraqi city of Mosul, the crown jewel in ISIS’s self-proclaimed state after the extremist group’s onslaught in Syria and Iraq in mid-2014.

The Presidency indicated that Macron is to make an address in Mosul with students and “influential” personalities before showing his support for Eastern Christians by visiting the Church of Our Lady of the Hour.

He will also visit the site of the reconstruction of the Sunni Al-Nouri Mosque, which Daesh destroyed. Macron will reassure the Iraqi Kurdistan authorities “France’s support force in the fight against terrorism in Erbil.”

He will also meet with the Kurdish leader Masoud Barzani to honor the Peshmerga.