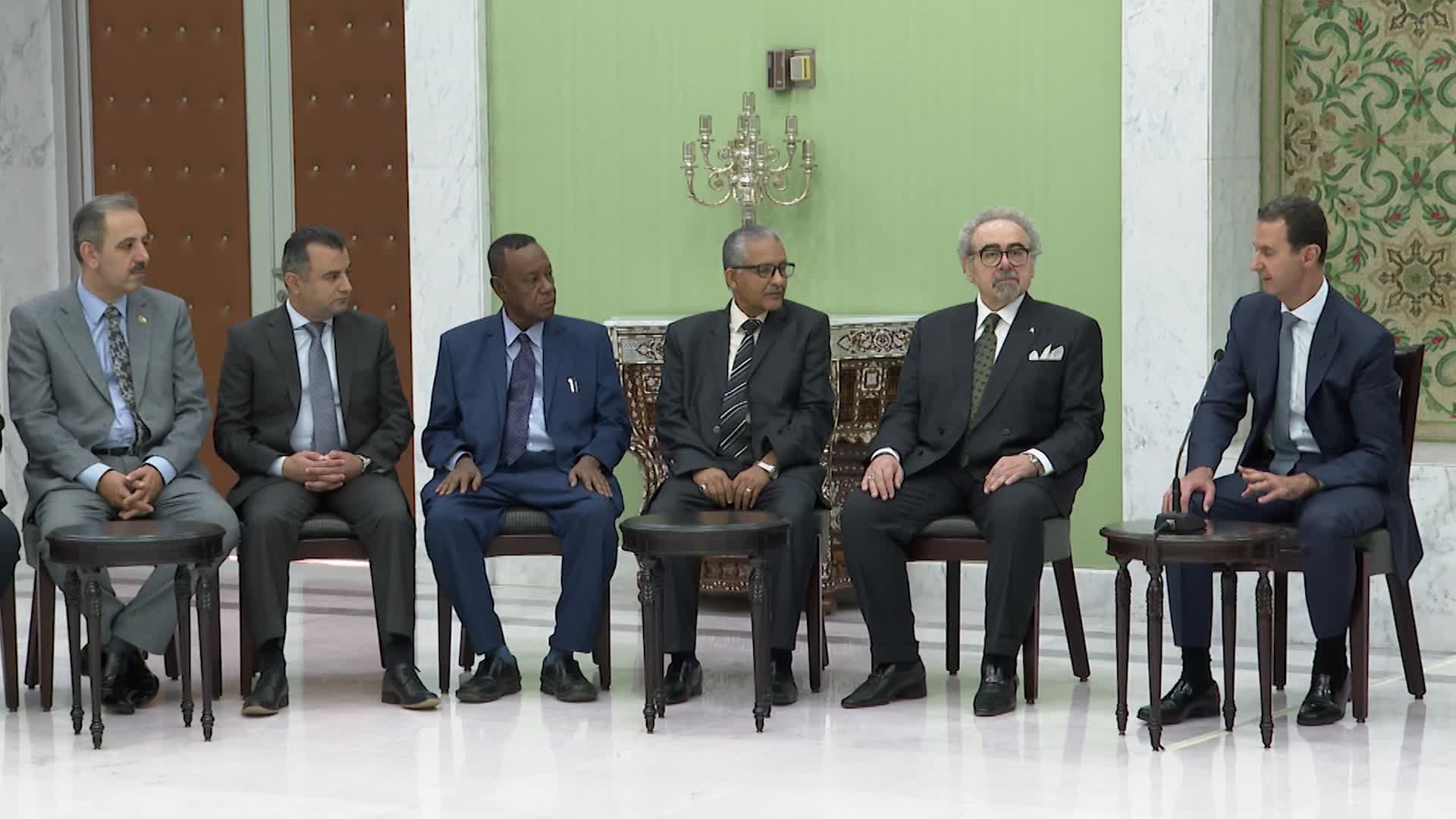 Syria’s President Bashar al-Assad received on Thursday the participants in the Arab Writers and intellectuals meeting being held in Damascus.

He said that the most dangerous thing that might face the Arab region is the loss of identity, and what is taking place in Syria is not a war on it in the narrow meaning, but we have to look at this war in the largest meaning which is war on belonging.

Al-Assad considered that part of the war we are facing is related to the terms that are being marketed by the West, as there are intellectuals in our region who did not understand the danger of these terms and therefore could not analyze them, therefore, it is necessary to form these terms with the content that fit with our thought, our belonging, and with Arabism in its general and comprehensive civilized sense.

The Syrian stressed the importance of intellectual dialogue, because we must not separate thought from politics and society, and we must think about what is the universal personality that we are working on in order to build people and enhance belonging to the land and countries, noting that the more work must be done to support the intellectual, we must work on the issue of raising the level of Society from an intellectual point of view, and the educated person is not in a place and the citizen is in other place.

In turn, Arab writers stressed that their presence in Syria is not only for holding a periodic meeting, but to talk about Arabism in the comprehensive and civilized sense that embraces all, and to discuss the Arab situation and the issues of the nation.

The Arab writers said that the idea that is being circulated that the Arab people support normalization is misleading and incorrect because when the heads and members of the Arab Writers Unions from 12 Arab countries come to Syria under the title “Literaries for the sake of Arabism,” this means that the conscience of the nation is still fine, considering that the victory of Syria is a victory for the entire nation, because Syria is Syria of thought, Syria of resistance and Syria of history.