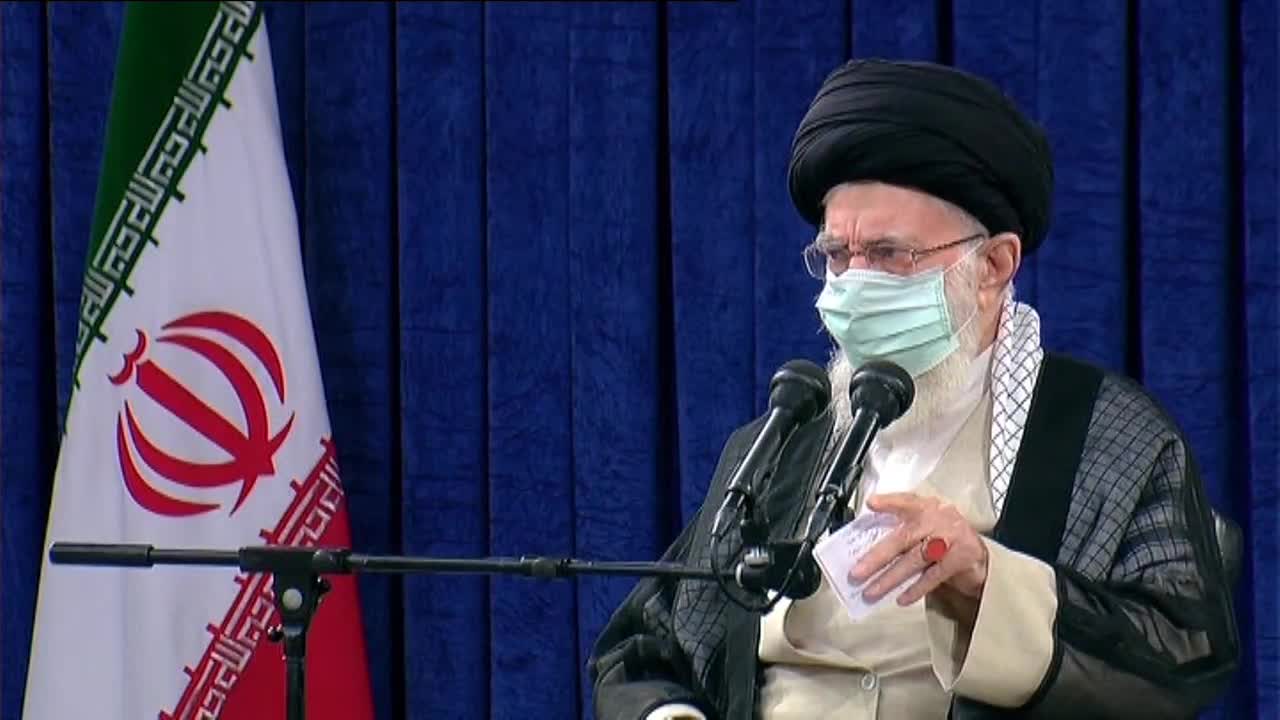 Leader of the Islamic Revolution Ayatollah Ali Khamenei highlighted the Iran’s success in foiling the Western attempts at reasoning that religion and politics are incompatible.

Friday prayer leaders from across Iran met with Ayatollah Khamenei in Tehran on Wednesday on the occasion of the anniversary of the first Friday prayer organized after the Islamic Revolution in 1979.

In remarks at the meeting, Ayatollah Ali Khamenei described the efforts to fight off constant attempts by the ill-wishers to arouse suspicion in the society as a major mission that the Friday prayer leaders should pursue in their weekly sermons.

Today’s battleground is the theater of soft power, Ayatollah Khamenei warned, saying the enemy employs such an arena to arouse suspicions and affect and undermine the faith of the people, which has been the main element in the victory of the Islamic Revolution and popular resistance against various seditions.

The Leader also noted that a major achievement of the Islamic Republic was debunking the centerpiece of the identity of the Western civilization, namely the separation of religion from politics.

“With the slogan of religion, not only did the Islamic Republic conserve itself, but also challenged the long-running attempt of Westerners to portray religion and politics as incompatible with the progress of Iran,” Ayatollah Khamenei stated.

In remarks in July 2016, Ayatollah Khamenei warned that “the origin and identity of the Islamic Establishment” are the main targets of the enemies of the Iranian nation.

“The Islamic Establishment means a set of the Establishment’s structure and its values and objectives such as justice, scientific progress, ethics, democracy, the rule of law and idealism,” Ayatollah Khamenei stated, elaborating on different aspects of the identity of the country’s Establishment.