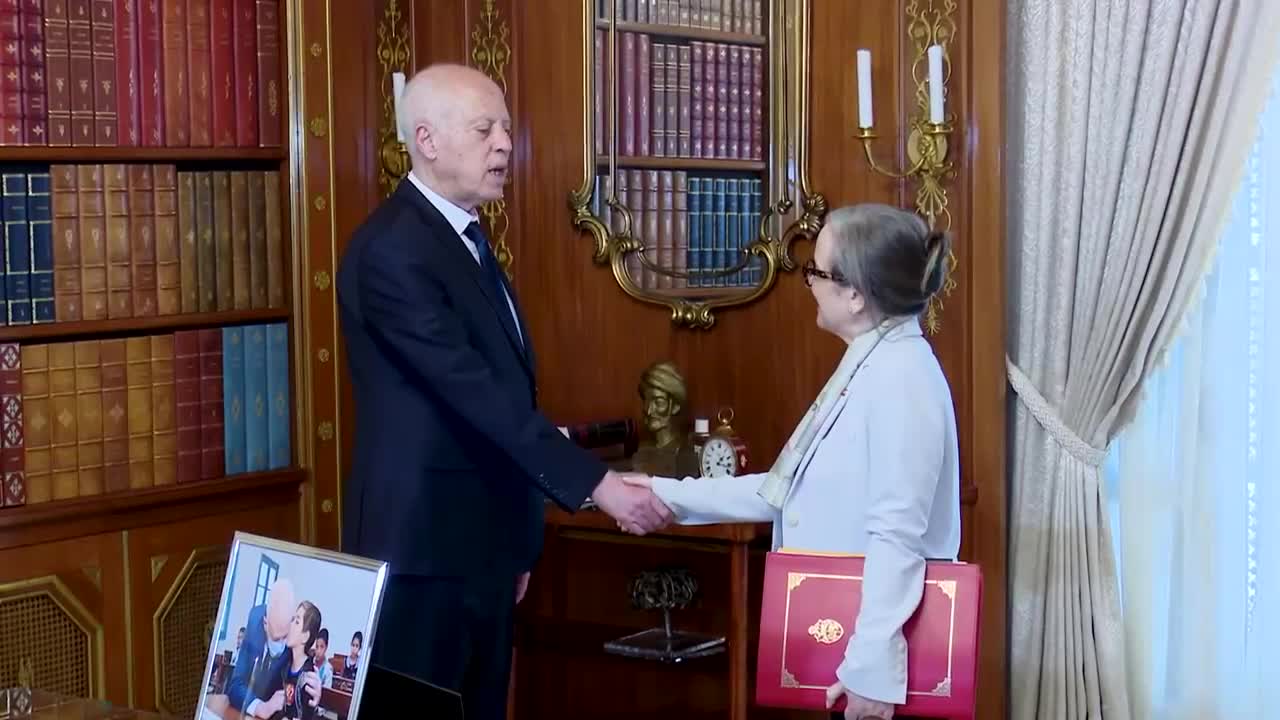 The meeting, which was held on Monday at the Palace of Carthage, focused on the proper, the Presidency said in a brief press release.

The texts tackled in Monday’s Cabinet meeting were discussed.

A cabinet meeting held at the Kasbah Palace Monday during which a set of presidential economic decrees and decisions was approved.