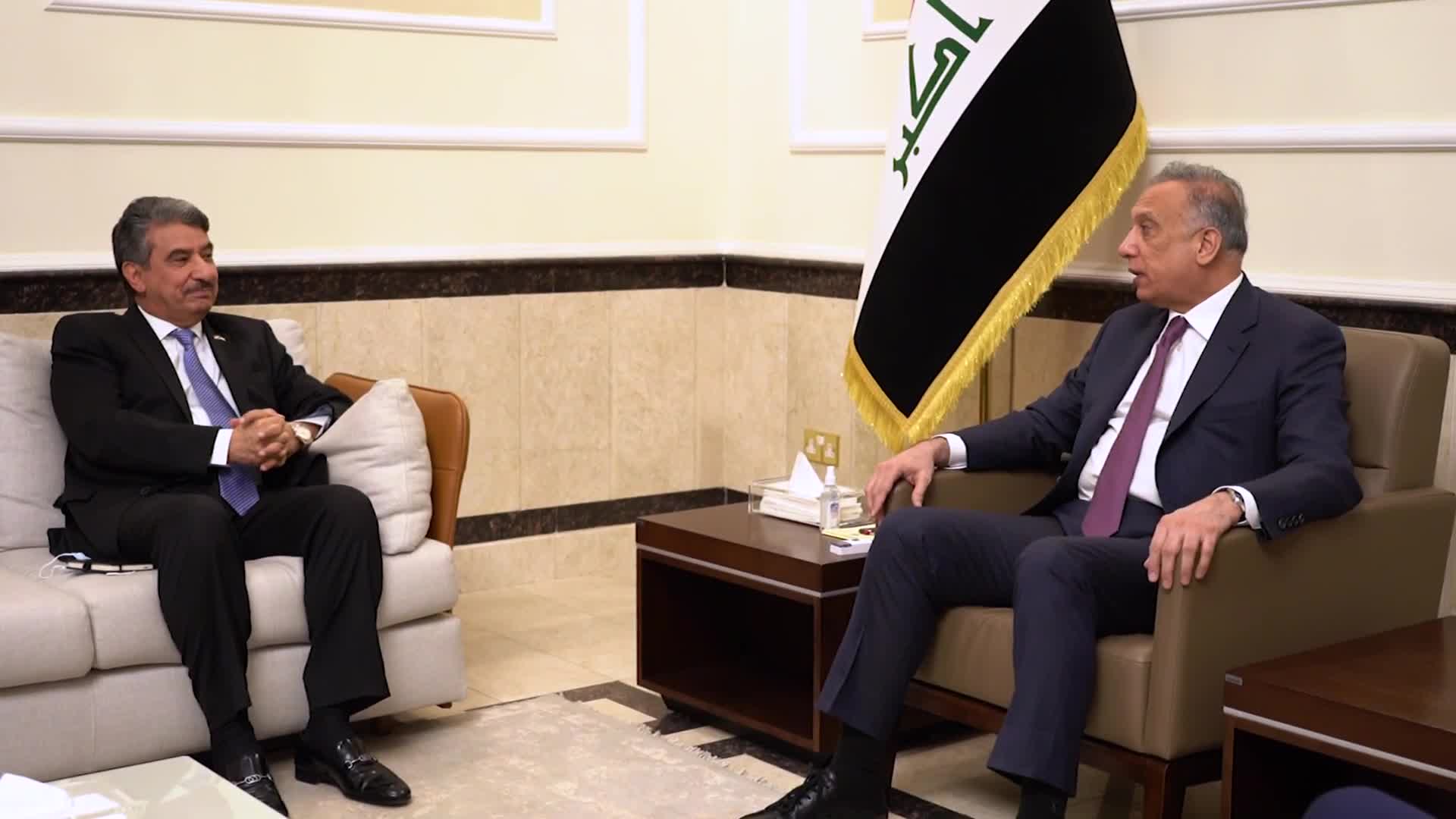 Al-Kadhimi received on Monday the Kuwaiti ambassador to Iraq, Salem Al-Zamanan, on the occasion of the end of his duties as ambassador of his country in Baghdad.

During the meeting, the two sides discussed current situation in the region in light of the growing Iraqi role in addressing regional problems and points of tension.

Al-Kadhimi highlighted the close relations that unite the two countries and the aspiration to perpetuate them and overcome all obstacles that arise from time to time.

He conveyed his greetings to the leadership in Kuwait and stressed keenness to develop bilateral cooperation in a manner that enhances the interests of the peoples of the two brotherly countries.

For his part, the Kuwaiti ambassador expressed his thanks to the Iraqi government and the Prime Minister for the efforts made to strengthen relations between the two countries in a way that serves common interests.