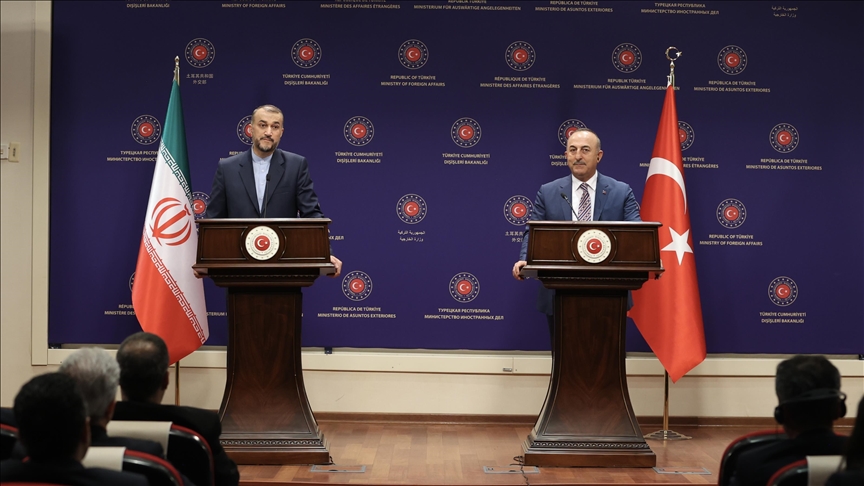 Turkey on Monday denounced “one-sided sanctions” on Iran, and voiced hopes for the revival of the 2015 nuclear deal.

“We have been against one-sided sanctions on Iran and do not approve those sanctions,” Mevlut Cavusoglu told a joint press conference with Iran’s Foreign Minister Hossein Amirabdollahian in Ankara.

Cavusoglu expressed hope for the nuclear agreement to be restored, and for all parties to take the necessary steps in this regard.

Former US President Donald Trump pulled his country out of the landmark deal in May 2018, which was followed by the reinstatement of sanctions on Iran under the “maximum pressure” campaign.

Explaining that the nuclear deal would benefit the region, Turkey’s top diplomat said it would have “positive reflections” on regional relations and help carry relations forward.

“We’ll exert more efforts to increase our trade volume,” Cavusoglu said, adding that the two countries will continue to cooperate in efforts to defend the Palestinian cause.

Emphasizing that the two countries have “well-rooted historical relations,” Cavusoglu said Turkey is determined to further improve relations with Iran in all areas.

The Turkish minister said they addressed not only regional issues but issues related to terrorism as well.

Turkey and Iran “have to continue cooperation because terror is a common enemy for us all,” Cavusoglu added.