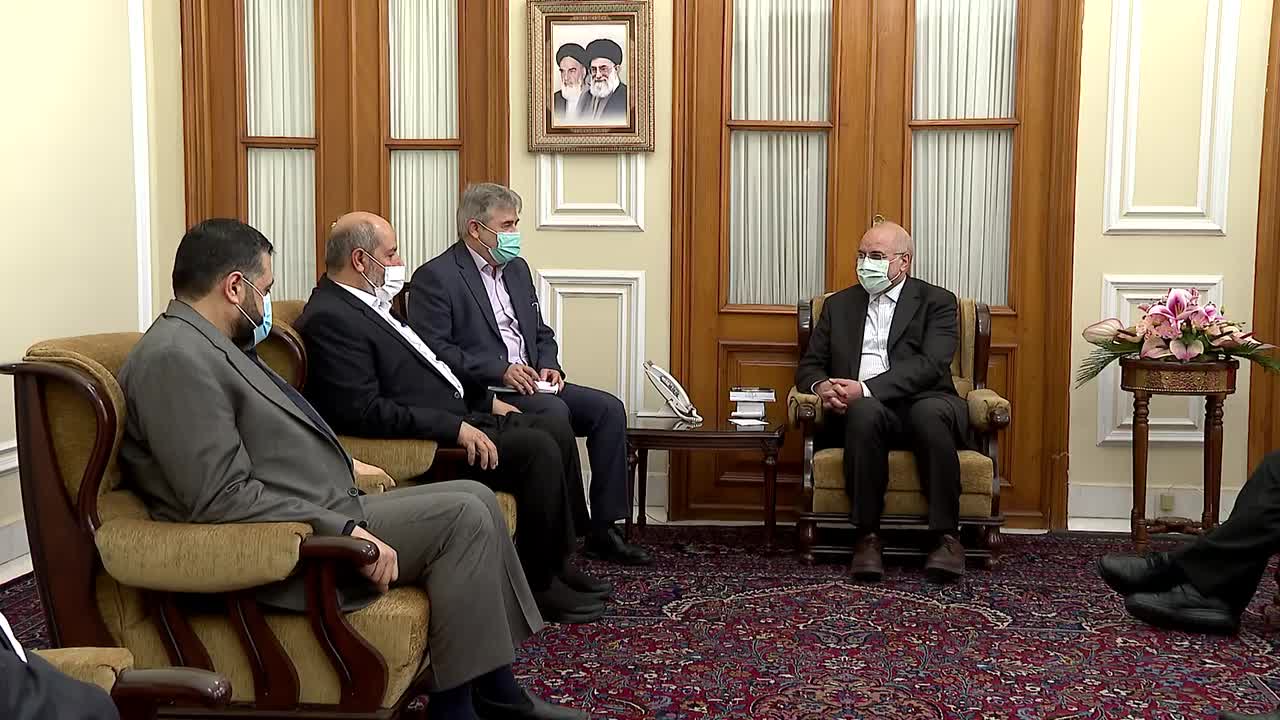 Iranian Parliament Speaker Mohammad Baqer Qalibaf said on Thursday that the Islamic world and resistance groups should act in a way that anyone intending to normalize ties with the ‘Israeli’ entity pays a heavy price.

He said that the first priority is resistance and struggle, adding that the integration of different Palestinian groups definitely plays a significant role in achieving victory.

Qalibaf made the comments in the Iranian capital Tehran during a meeting with Khalil al-Hayya, a senior official of Palestinian Resistance Movement, Hamas.

The Iranian speaker said the support for Palestine is deep-rooted in his country, as prominent figures like Morteza Motahhari worked in support of the Palestinian cause even during the Pahlavi regime’s era.

Referring to the designation of the last Friday of the holy month of Ramadan as International Quds Day by the late founder of the Islamic Republic Imam Khomeini, Qalibaf said Imam Khomeini’s move was a vigilant act that helped keep alive the issue of Palestine and al-Quds among all Muslims.

The Iranian parliament speaker also noted that Imam Khomeini considered Palestine as the main issue of the Islamic world, stressing that the Islamic Republic will continue its support for the Palestinians and al-Quds.

Khalil al-Hayya, on his part, said that this year, the Palestinian people in the occupied West Bank once again prevented the Zionist regime from implementing its plots against al-Aqsa Mosque.

He said the occupiers have been attempting to increase their presence at al-Aqsa and empty the mosque from Palestinian worshippers.

But, al- Hayya added, the Palestinian people and resistance groups have thwarted that plan, with al-Quds and al-Aqsa still remaining as the symbol of resistance.