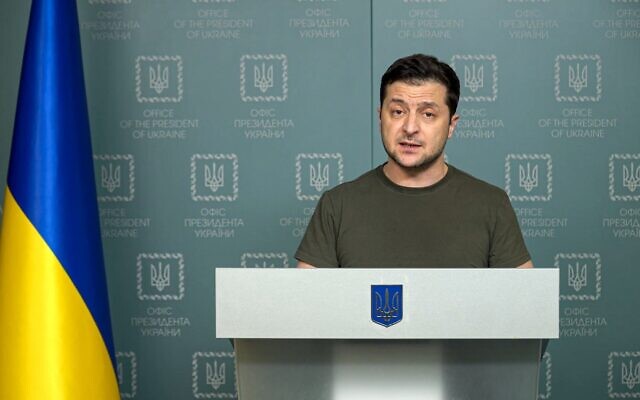 “We appeal to the European Union for the immediate accession of Ukraine via a new special procedure,” Zelensky said in a new video address.

“Our goal is to be together with all Europeans and, most importantly, to be on an equal footing. I’m sure it’s fair. I’m sure it’s possible,” he added.

He said 16 children have died during the first four days of Moscow’s assault and another 45 were wounded as he hailed “Ukrainian heroes”.