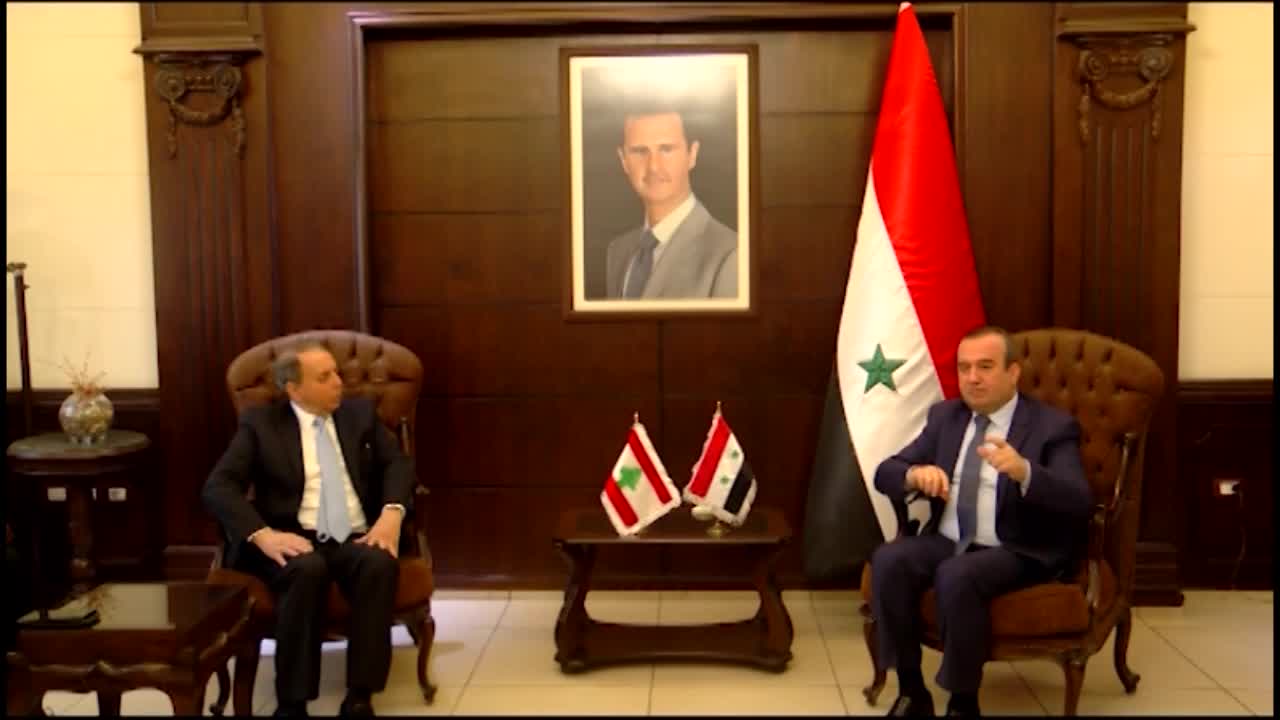 Syria’s Local Administration and Environment Minister Hussein Makhlouf met on Saturday Lebanese Minister of Displaced peoples Issam Sharaf El-Din and the accompanying delegation to discuss measures taken by both sides to secure easy and safe return of the displaced Syrians in Lebanon.

Makhlouf said in a statement to journalists following the meeting that that Syria seeks to enabling all the displaced to return their home without any obstacles, indicating that the unjust siege imposed by the countries supporting terrorism in Syria, which targeted the Syrian citizens in their livelihood, and medicine, as well as the practices of the US and Turkish occupations and their agents who dominate oil, wheat and cotton and Syrian naturals resources contributed to hindering the return process.

He pointed out that the Syrian will contributed to reducing this siege through self-reliance, agriculture and the establishment of small and medium-sized enterprises by creating an appropriate investment environment and following up the rehabilitation of infrastructure and service institutions in areas that were subjected to terrorism.

For his part, Sharaf El-Din said we are seeking with Syria to enhance cooperation to complete the implementation of the national plan approved by both sides to expedite the return of displaced Syrians and secure a decent life for them.