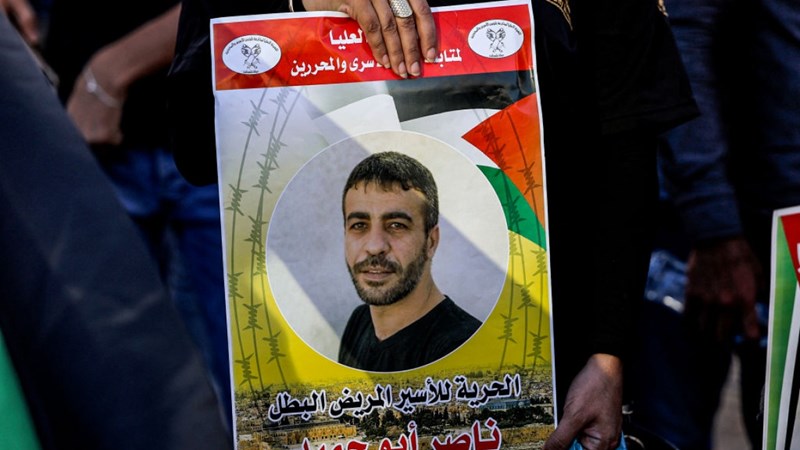 The cancer-stricken prisoner Nasser Abu Hamid is still unable to control or move his legs as he uses a wheelchair to move around, the Palestinian Prisoners Society revealed on Thursday.

However, he is still conscious and aware of what is going on around him.

The PPS quoted Abu Hamid’s lawyer as saying that Abu Hamid is calling on all official and rights parties to pressure for his release.

Earlier Wednesday, the seriously ill prisoner was moved back to Ramla prison clinic from Barzilai hospital despite his difficult health situation.

Abu Hamid, who has been in prison since 2002, has lung cancer and recently started to take doses of chemotherapy after long Israeli procrastination and deliberate medical neglect.

He began to fall ill in August with chest pain. Doctors found and removed a lung tumor.

The prisoner was moved back to Israel’s Ashkelon jail where his condition worsened, after his access to chemotherapy was deliberately delayed more than once.

Over 700 Palestinian prisoners are held in Israeli jails in dire need of medical attention, 170 of whom are in critical condition.