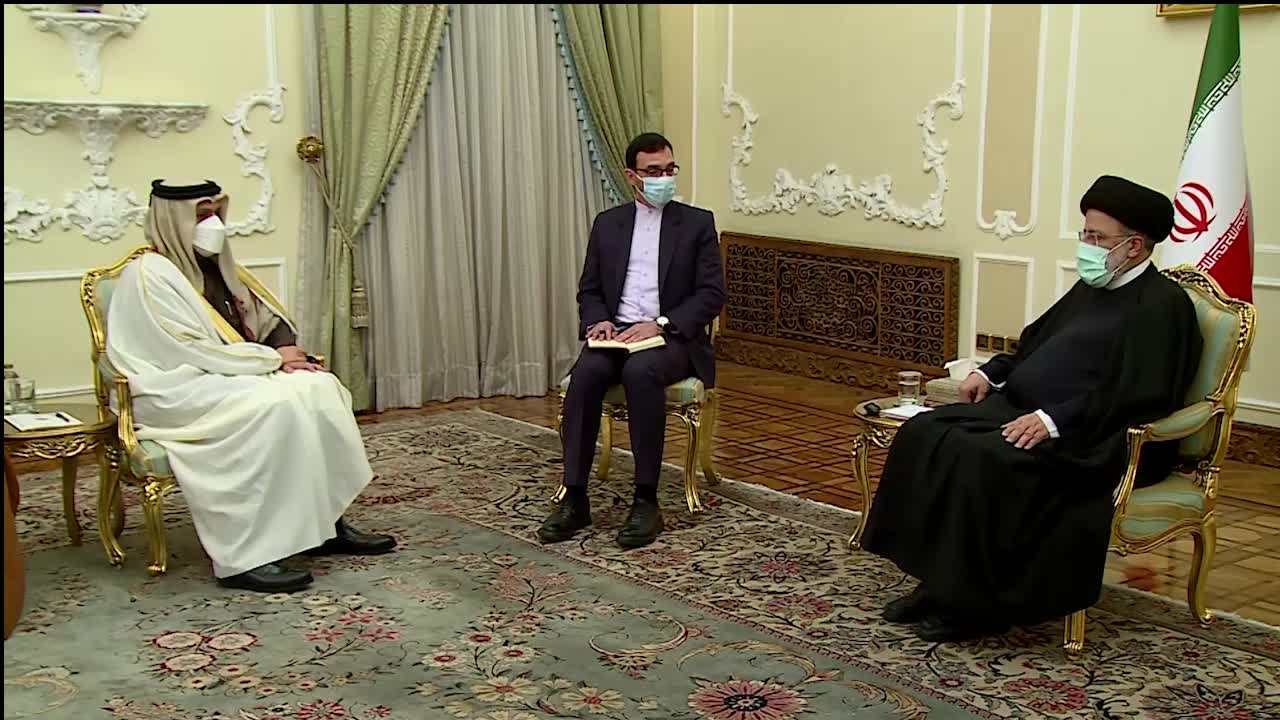 Speaking during the meeting, Raisi said that the producing countries need to boost cooperation and convergence in energy policies.

He noted that the priority of the new Iranian government is to expand relations with the neighboring and regional countries, adding that Iran believes that further regional cooperation would serve the peace, security and progress in the region.

He also voiced Iran’s readiness to cooperate with Qatar in different bilateral and regional areas.

The Qatari foreign minister, for his part, said that his country is resolved to do its best to increase relations with Iran in different political and economic fields.

Al Thani said that Qatar has the same view as Iran that the presence of foreign forces in the region has negative impacts and it is up to the regional countries to build their own path to peace and progress.

The Qatari FM submitted an official invitation of the Qatari Emir to Iranian President Ebrahim Raisi to attend a Summit Meeting of the Gas Exporting Countries Forum (GECF).