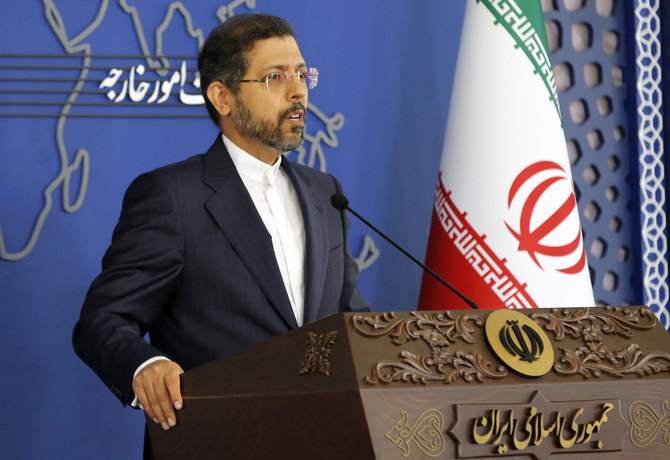 The spokesperson for the Iranian Foreign Ministry urged the three European parties to the JCPOA to end inaction and come up with serious plans to honor their commitments under the 2015 nuclear deal as a fresh round of negotiations kicks off in Vienna on Monday.

Speaking to reporters at a press conference on Monday, Saeed Khatibzadeh deplored the unconstructive role that some European governments play in the course of Vienna talks on the revival of the Joint Comprehensive Plan of Action (JCPOA).

He said the negotiations will yield good results if all parties attend the Vienna talks with an agenda on the fruitfulness of the talks in the shortest possible time.

“I think the three European states (the UK, France and Germany) are aware that they are expected to end inaction and present their serious plan on how they would return to their JCPOA commitments,” he added.

Khatibzadeh then advised the JCPOA parties to attend the new round of Vienna talks with the determination to reach a good deal.

“What is intolerable for the Islamic Republic of Iran is that some parties would conceive with miscalculation that they can waste the time and energy of the group with misinformation campaigns and distorted news, or seek demands beyond the JCPOA, or consider benefits for Iran that are less than what the JCPOA provides,” he stated.

Iran and the five remaining parties to the JCPOA — Britain, Germany, France, Russia and China – resumed talks in Vienna on November 29 after a five-month hiatus, marking the first round of negotiations under President Ebrahim Raisi’s administration and the seventh overall.

During the seventh round of the Vienna talks, Iran presented two draft texts which address, separately, the removal of US sanctions and Iran’s return to its nuclear commitments under the JCPOA. Tehran also said it was preparing a third draft text on the verification of the sanctions removal.