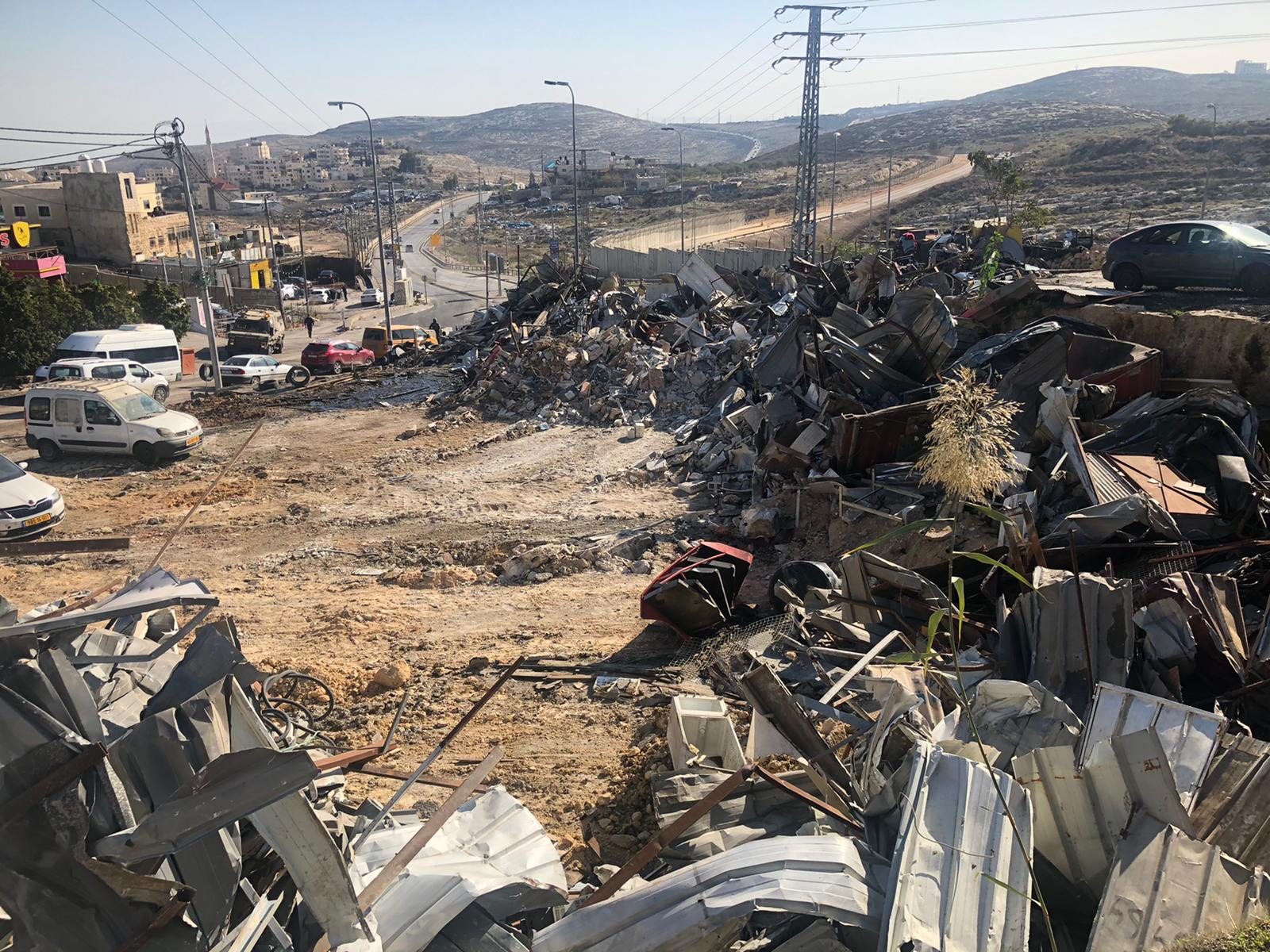 Israeli authorities demolished this morning 10 Palestinian-owned car repair workshops in the town of Hizma, east of Jerusalem, claiming the shops were built in an area under Israeli control, according to local sources.

Jibril Khatib, a local resident,said that seven of the workshops belong to his brother, who is deputy mayor of the town, and the other three belong to other residents.

He said the Israeli bulldozers demolished the workshops destroying all the equipment that was inside them, estimating the damage in the thousands of dollars.