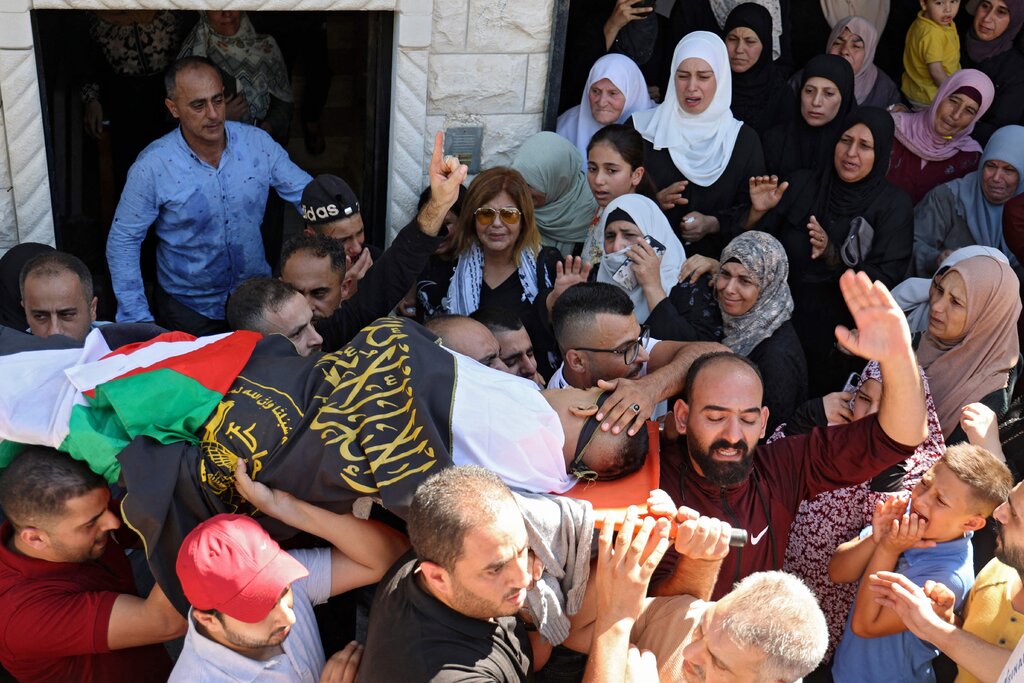 Israeli military stormed the northern town of Burqin near Jerusalem early Sunday and surrounded a home before breaking in and detaining its owner. The detainee was identified as Mohammad Zir’ini.

Clashes broke out following the raid between town residents and Israeli troops who fired live rounds, killing two protesters and injuring at least four others.

One of the two Palestinian victims was identified as 22-year-old Osama Yaser Soboh. The other one is yet to be identified, with his body still in Israeli army custody.

On Saturday night, Israeli undercover forces kidnapped two young Palestinian men from their car in a fuel station near Jenin.

Morever, three Palestinians were shot dead by Israeli forces in an attack which targeted a house in the village of Biddu. Israeli army surrounded the building and fired gunshots and grenades at it. Loud explosions were heard during the raid.

Mohammad Hleil, spokesman for the Palestinian Health Ministry, confirmed the death of three Palestinians. The victims were identified by their families as Ahmad Zahran, Mahmoud Hmaidan and Zakariya Badwan.

Hamas resistance movement mourned the victims, pledging that “the blood of the martyrs of al-Quds and Jenin at dawn today will continue to fuel our people’s uprising against the Zionist occupier.”

The movement slammed the Palestinian Authority (PA) saying its policy of coordinating with Israel to crack down on resistance groups in the West Bank had led to the raids.

“The death of today’s martyrs is the consequence of ongoing security coordination with the Zionist occupation. It is the fruit of normalization meetings which PA leaders held with Zionist ministers and Knesset members in Ramallah,” Hamas spokesperson Abd al-Latif al-Qanou said.

Meanwhile, Israeli army spokesperson Ran Kochav said the military believed that Hamas and the Islamic Jihad would likely retaliate against the deaths and arrests of the Palestinians with rocket fire from the Gaza Strip.

The organization in a statement slammed this crime as a continuation of the policies practiced by Israel, the occupying power, in flagrant violation of international humanitarian law and international conventions.