Lebanon | Sayed Nasrallah: Lebanon was targeted by Daesh scheme in the region 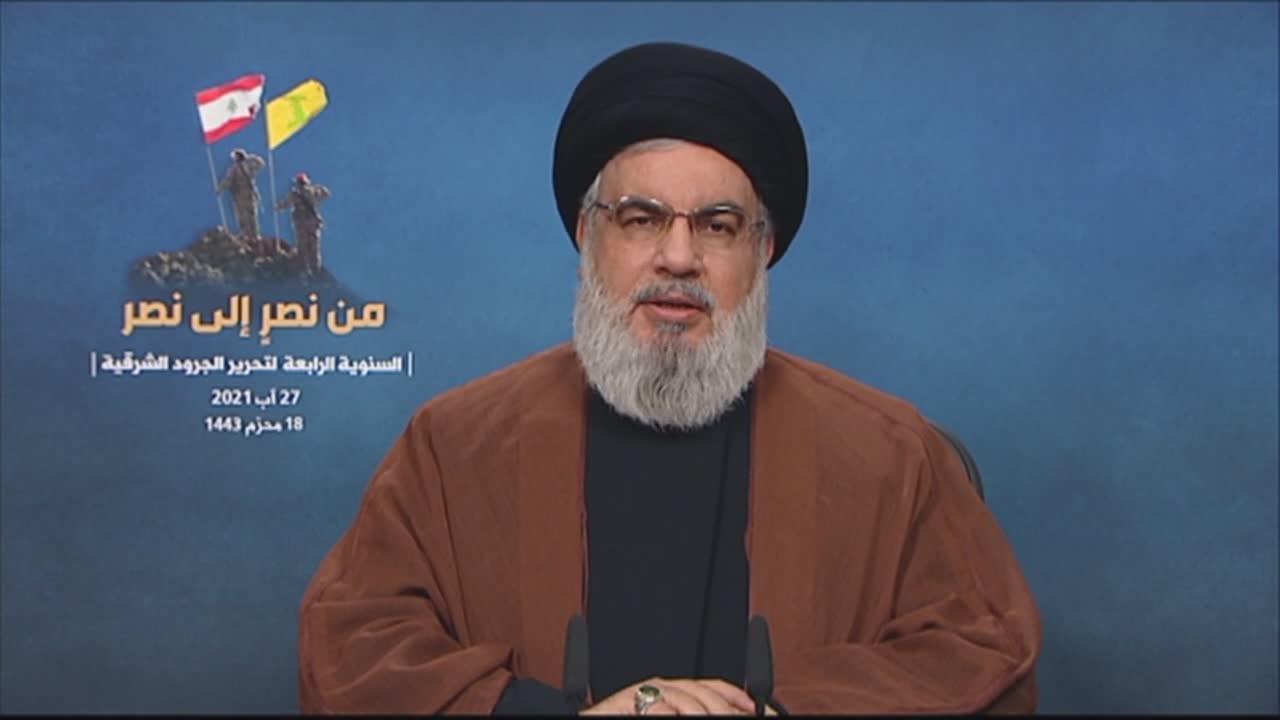 Hezbollah Secretary General Sayed Hasan Nasrallah said Lebanon was targeted by Daesh scheme in the region, adding that the Lebanese territories in Bekaa were liberated in 2017 thanks to the Resistance and its weapons.

“What happened in Bekaa barrens was part of the universal war waged on Syria,” Sayed Nasrallah in a televised address today marking the fourth anniversary of Second Liberation.

Daesh and Nusra Front have same ideology, the Secretary General affirmed, adding that Daesh was backed by international powers and thousands of militants were sent to the region.

Trump had repeatedly said that Daesh was created by Barack Obama and Hillary Clinton, he said.Sayed Nasrallah went on to say “Hezbollah took part in the liberation of Bekaa barrens alongside the Lebanese Army,”