Lebanon | Sayed Nasrallah: What we witness today in Afghanistan is the defeat of the U.S. 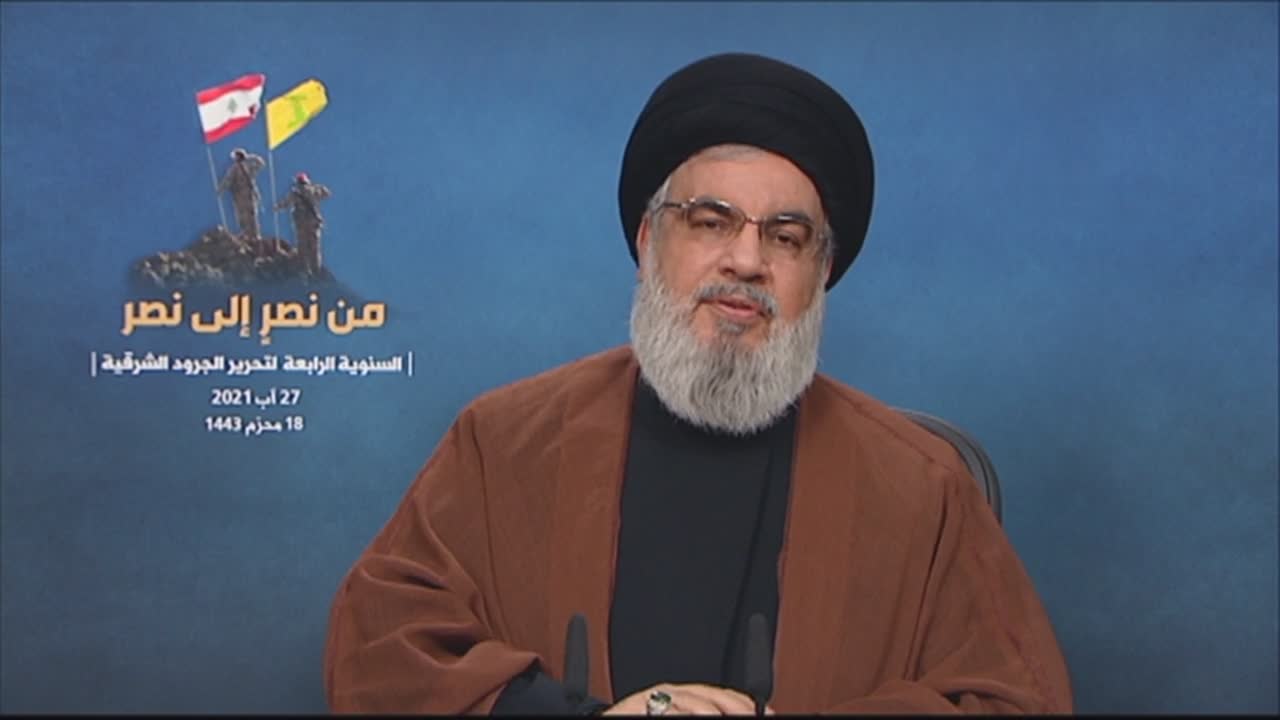 Hezbollah Secretary General Sayed Hasan Nasrallah said the US Embassy in Beirut pressed the Lebanese Government to prevent the Lebanese Army from confronting the Takfiri groups, adding “What we witness today in Afghanistan is the defeat of the U.S.

“In a televised address today marking the fourth anniversary of Second Liberation, Sayed Nasrallah said the U.S. and UK are keen to take cats and dogs out of Afghanistan rather than transferring Afghans who worked with NATO countries, he said.

He added that this moral failure in Afghanistan must be a lesson to the people of the region.

Many in Lebanon deny that our country is under a blockade by U.S., Sayed Nasrallah said.He further noted that the Caesar Act is not only aimed against Syria, but it has been targeting Lebanon too.