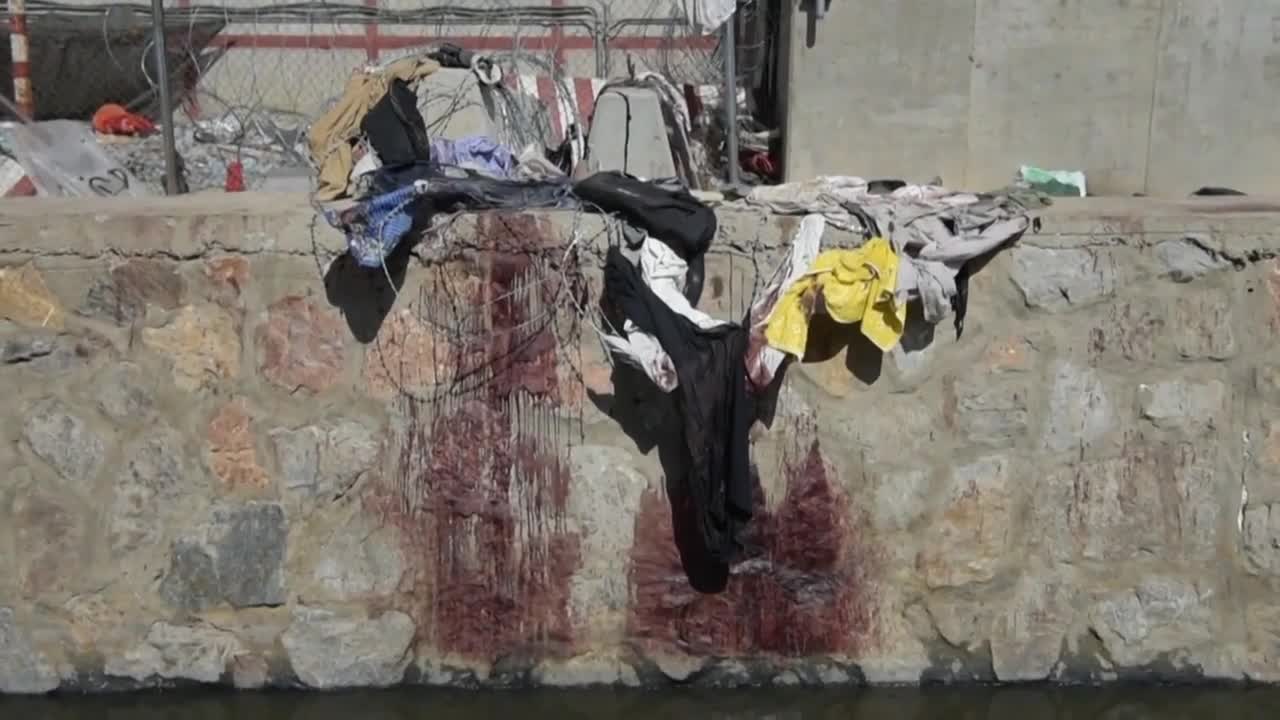 According to the latest reports, at least 113 people, including 90 Afghan civilians, 28 of Taliban and 13 U.S. servicemen have been killed and over 1,300 injured in a series of terrorist attacks in Kabul.

Earlier in the day, the source said that explosions injured over 1,330 people. The Pentagon has confirmed the death of 13 U.S. servicemen.

At least four US Marines were killed in the attacks near the Kabul airport and another three were wounded, the media sources reported.

The US ambassador in Afghanistan informed his staff that the explosion killed four marines and left three others wounded, the Wall Street Journal reported on Thursday, citing an official with knowledge of the briefing. Fox News has confirmed the report, citing US officials.

Daesh claimed responsibility for two explosions that rocked areas near the Hamid Karzai International Airport in Kabul on Thursday.

A second explosion has taken place near Kabul airport, the Pentagon spokesperson confirmed on social media.

“We can also confirm at least one other explosion at or near the Baron Hotel, a short distance from Abbey Gate. We will continue to update,” the Pentagon spokesperson John Kirby posted on Twitter.

Sources on the ground estimate that over 70 people may have been injured in the twin attacks.

Thursday’s attack came just hours after James Heappey, British parliamentary under-secretary of state for the armed forces, warned that there was “very, very credible reporting of [the threat of] an imminent attack” on the Kabul airport.

Turkey Evacuates its Embassy in Kabul

Turkey has evacuated its embassy in Afghanistan, transporting employees to the area of the Kabul airport where Turkish servicemen are stationed, President Recep Tayyip Erdogan said on Friday, Sputnik reported.

“We transported the staff of our embassy to the place where our servicemen are deployed in the airport area. We held 3.5-hour-long negotiations with the Taliban there. Contacts will continue if necessary,” Erdogan told reporters.

UK Warns Airlines to Avoid Flying Below 25,000 Feet Over Afghanistan

“Following the shocking scenes in Afghanistan today, I have issued a NOTAM (Notice to Aviation) further advising airlines to avoid Afghan airspace under 25,000ft. We will continue to keep this under review,” he tweeted.

The French Ambassador to Afghanistan, David Martinon, has warned that a second explosion at the Kabul airport remained a possibility. “To all our Afghan friends if you are close to the doors of the airport get away as quickly as possible and shelter yourselves. A second explosion is possible,” he tweeted.

The spokesman of Iran’s Ministry of Foreign Affairs condemned Thursday’s terrorist attacks in Kabul, including at the city’s airport.

Saeed Khatibzadeh announced Iran’s strong condemnation of the terrorist attacks in Kabul, including the blast at Kabul airport.

Condemning the targeting of the defenseless people of Afghanistan and any kind of terrorist operation in which women, men, youth, and children are attacked, the Foreign Ministry spokesman expressed hope that an inclusive government would be formed in Kabul as soon as possible in order to the relevant bodies to take charge of their duties in protecting the lives and properties of the people.