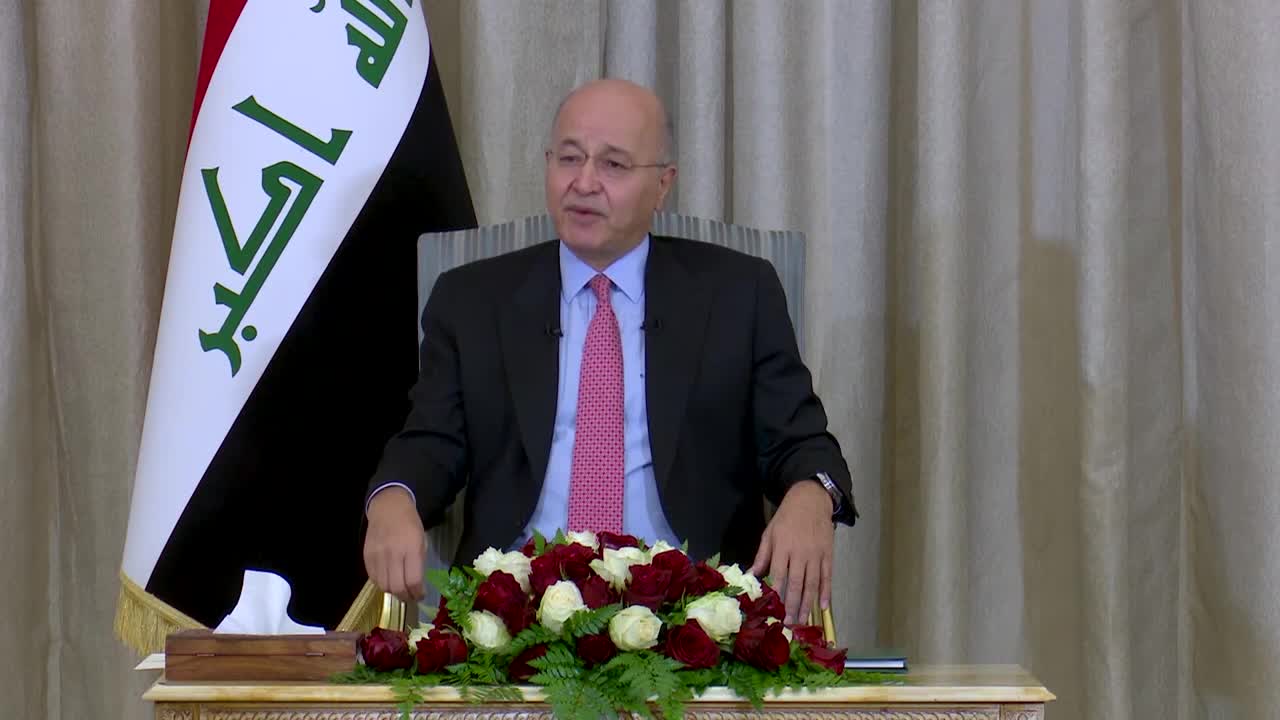 Iraq’s President Barham Salih stressed for the need of new regional system based on basic principles, common security and economic and commercial interdependence among the states of the region.

Speaking at an extended meeting with Arab and foreign media outlets in Baghdad, Salih said Iraq is pivotal country in the region, adding that its balanced relations in addition to its geographical location make it an active actor in dialogue.

He noted that the deep-seated crisis in the region is due to the collapse of its security and cooperative system triggered by wars and conflicts.

The president underlined that Iraq’s return to its role through establishing a strong, capable state that has full sovereignty contributes to regional security and stability, noting for the growing regional awareness.

“Iraq has long suffered from crises, disasters of wars, tyranny and terrorism and for being turned into a battleground for other countries to settle their scores,” Salih said.

He affirmed “The time has come to move beyond the previous phase and work towards laying the foundations of regional stability which could be achieved by encouraging our common interests linking all the states of the region and by addressing mutual challenges faced by the region.”

Moreover, he said that the time has come to build peace and stability in the region after the states of the region suffered from armed conflicts and crises that led to collapse of its security and cooperative system.