Iraq | Al-Kadhimi: Adventures time is over, we have a date with hard work 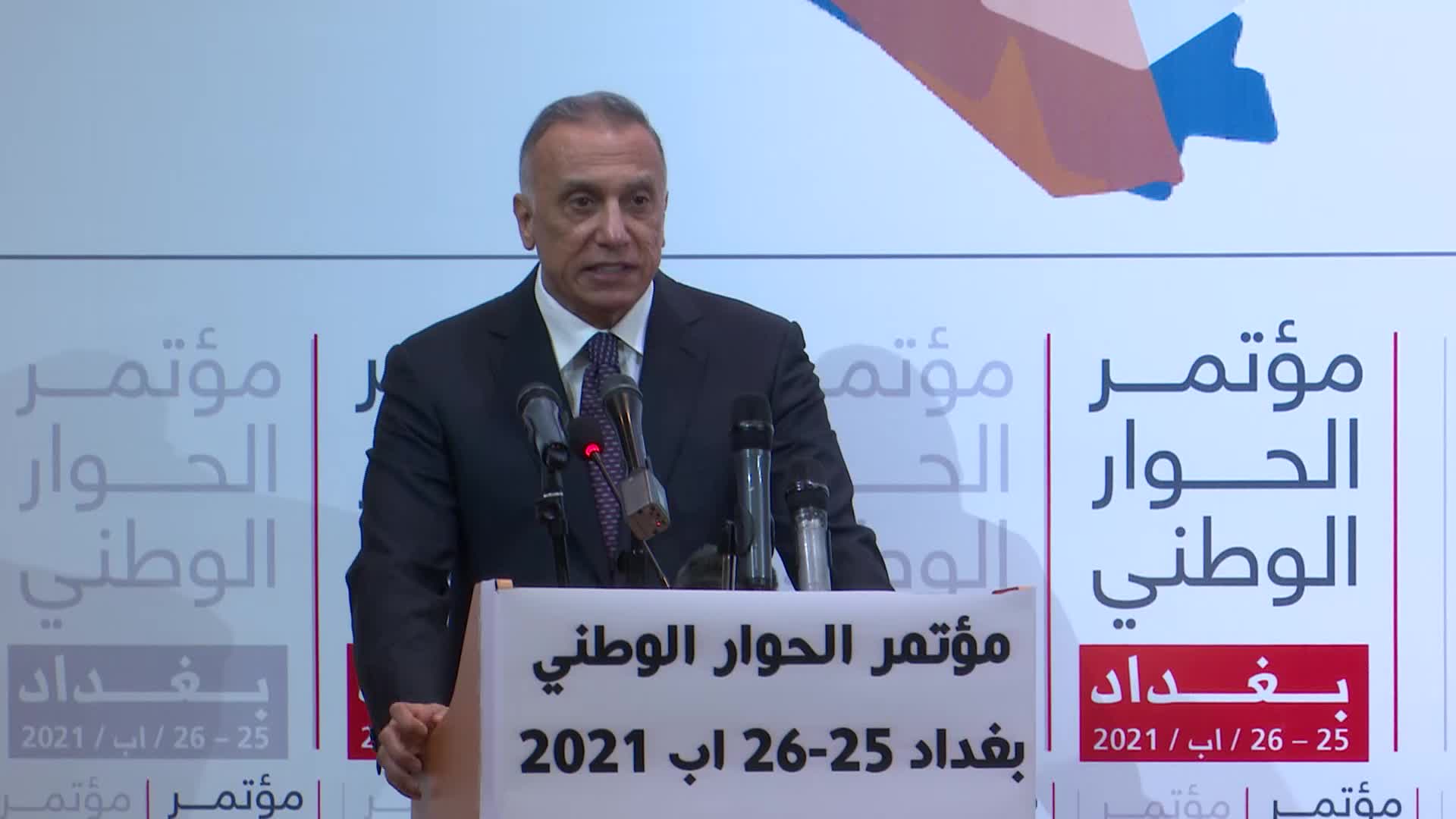 Iraqi Prime Minister Mustafa Kadhimi stressed that Baghdad conference is a reflection of the positive foreign policy of Iraq, noting that the judges specialist team cut the larger half to gather facts about the October events, and stressed that the adventures time ended and our appointment now is with hard work.

Al-Kadhimi said during the sessions of the National Dialogue Conference that “our responsibility is grave, because the main problem in Iraq, as we see it, was not a problem of demonstrations or the intersection of opinions or ideas, but rather the problem as we understood it is the lack of confidence.”

He further noted that “the lack of trust in any society in the world is a source of real danger to this society.”

He added “We have faced a real social crisis, more than just a political crisis, even if its causes are political,” noting that “when a society loses confidence in official institutions and in the political and electoral process, it is on the verge of losing confidence in the state, and these are the highest stages of danger to any society in the world”.

The PM continued “We deeply believe that our people do not lose confidence in the state,” noting that “the popular movement in Iraq, its essence and depth, is the defense of the state, regardless of the method of expression and the difference in viewing angles on how to practice defending the state.”