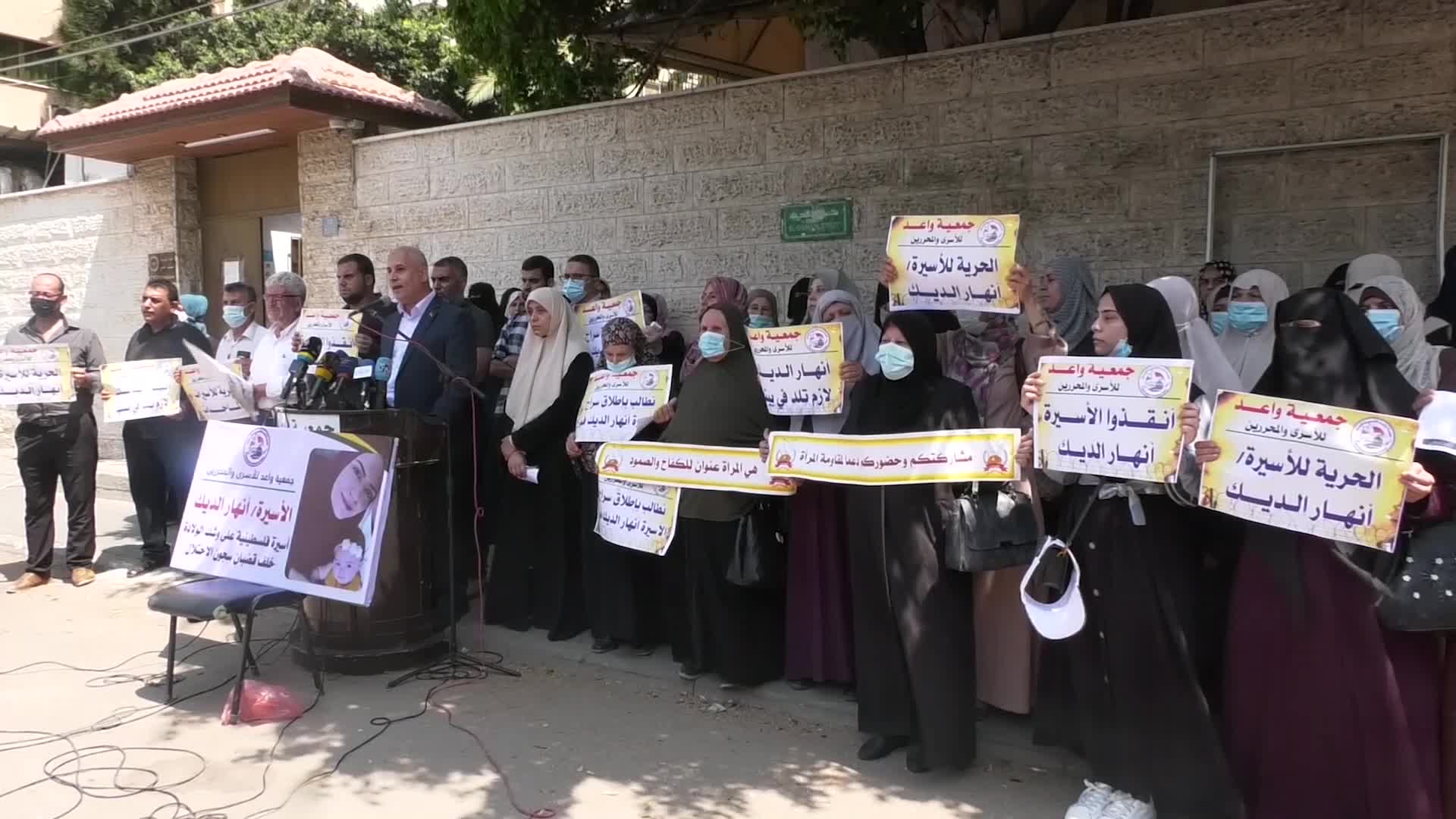 A stand was held in solidarity with Anhar al-Deek, 26, a pregnant Palestinian woman held in Israel as she is expected to have her baby in few days.

The event was held today, Thursday, by the Wa’ed Association of Detainees and Ex-Prisoners.

Hamas spokesman Fawzi Barhoum said that more than 4,000 prisoners are being tortured inside Israeli prisons, adding “the world stands silent in the face of this heinous crime, which is a war crime and a crime against humanity”.

The Palestinian Authority’s Women’s Affairs Minister Amal Hamad also urged the international community to force Israel to release Anhar al-Deek, 26, a pregnant Palestinian woman held in Israel as she is expected to have her baby in few days.

Hamad said in a statement that al-Deek, a mother of a baby girl from the village of Kufr Nimeh, west of Ramallah, is expected to have a cesarean delivery while in custody, which is a blatant violation of international conventions and norms, particularly the Universal Declaration of Human Rights, International Humanitarian Law and the Geneva Conventions on the Protection of Civilians and Prisoners of War.

She considered the arrest of al-Deek a war crime, pointing out that she was detained on March 8 while she was three months pregnant and put in very difficult conditions without any consideration for her health.

Eleven mothers out of 40 Palestinian women prisoners are currently held in Israel for their political activities.

Palestinians Detained, Injured in Jerusalem and the West Bank