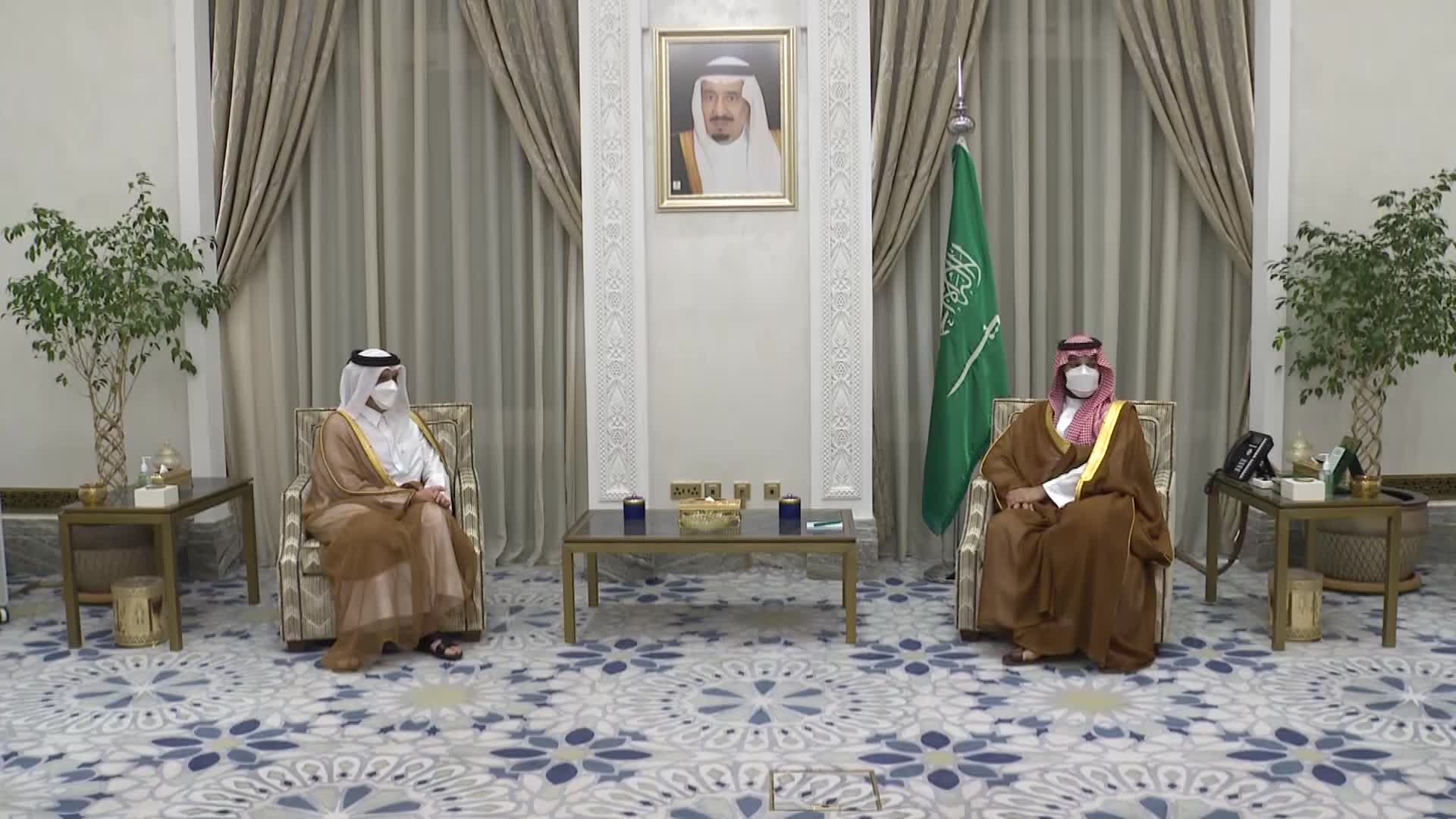 Al-Thani also delivered a message from Qatar’s emir to the Saudi crown prince during the reception.

The two sides reviewed bilateral relations and aspects of cooperation between the two countries in various fields, and discussed a number of regional and international developments.

The Saudi Minister of State and Acting Minister of Foreign Affairs, Musaed Al-Aiban, later met with Sheikh Mohammed in NEOM, where they signed the amended protocol for the minutes of establishing the Saudi-Qatari Coordination Council, which is chaired by Prince Mohammed bin Salman and Sheikh Tamim.

The Saudi-Qatari Coordination Council is a comprehensive framework for strengthening relations and pushing the bilateral partnership between the two countries.