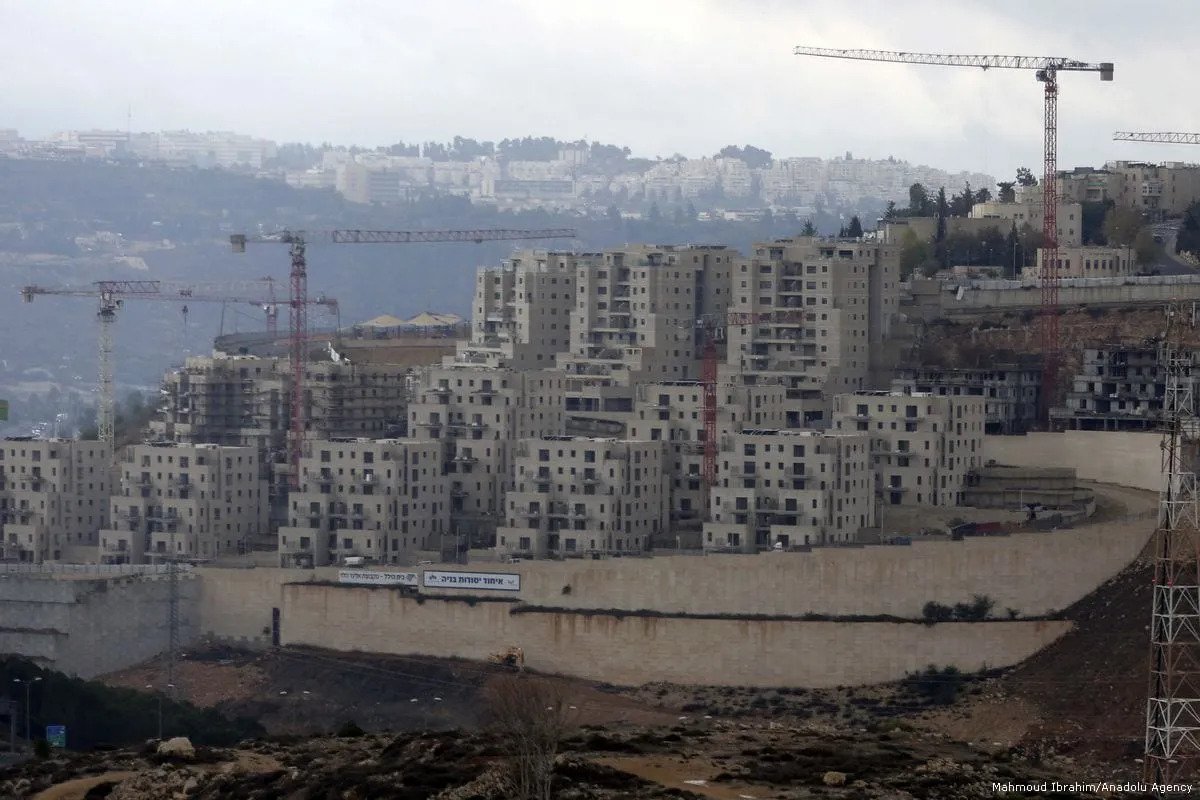 Israeli authorities approved on Tuesday a plan to construct new settlement units in the southern area of Jerusalem.

The plan includes the construction of 1,446 settlement units in the Lower Aqueduct settlement in the Palestinian town of Sur Baher and between the settlements of Har Homa and Givat HaMatos.

Preliminary approval to the project had been given in January, but this was a more formal one.

The Israeli Interior Ministry also debated a plan called Givat Shaked for around 700 settlement units, located over the Green Line in that same area of the city, near the Palestinian neighborhoods of Shuafat and Beit Safafa.

Last week, the IOA issued a new tender for the construction of 83 housing units in Givat Hamatos settlement, which is illegally built in Occupied Jerusalem.

The tender came a few days after US President Joe Biden’s visit to the region.

The new settlement plan was first promoted from 2007 to 2012, and includes the construction of about 2,600 settlement units and a hotel complex along al-Khalil Road.

Israeli and Palestinian estimates suggest that about 650,000 settlers are living in 164 settlements and 116 outposts in the occupied West Bank.

Under international law, all Jewish settlements in the occupied territories are considered illegal.