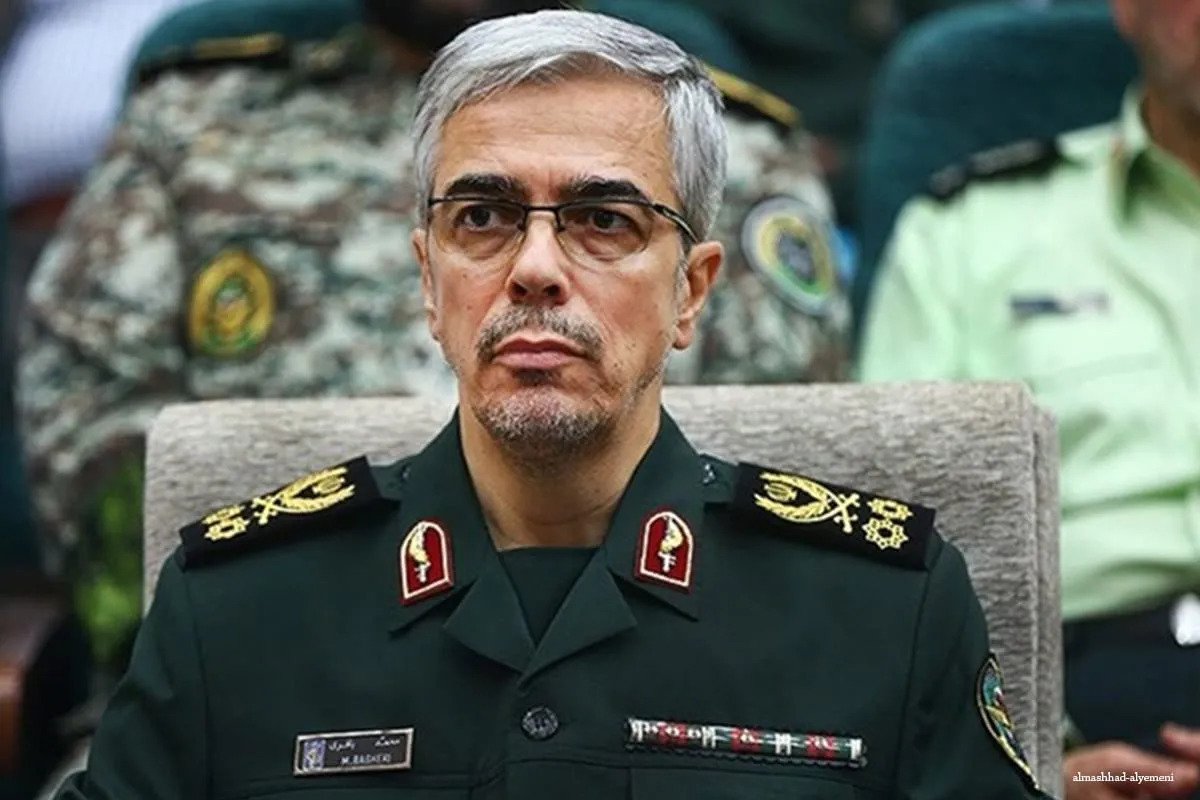 Iran will respond to the Israeli occupation’s interferences in the internal affairs of the region’s countries as Tel Aviv tries to establish relations with the regional states to try and achieve its goals, Iranian Armed Forces Chief of Staff Mohammad Bagheri said.

“The membership of the Israeli occupation in CENTCOM and the deployment of its equipment in the region, as well as its participation in military exercises with the US, creates the grounds for threats,” Bagheri said during a meeting with the Pakistani Chairman of the Joint Chiefs of Staff Committee, Nadeem Raza.

“Iran will not put up with these threats, and it will definitely respond to them,” Major General Bagheri added. “Our region is sensitive, and the latest developments led non-regional countries to interfere, which created regional issues.”

Iranian Foreign Ministry Spokesperson Saeed Khatibzadeh has previously said that the Iranian response to the Israeli crimes and violations would take place on occupied Palestinian soil, not that of third countries.

The meeting between major General Bagheri and General Raza is aimed at enhancing bilateral cooperation between Tehran and Islamabad within the framework of establishing long-lasting peace in the region and enhancing military cooperation and joint security work.