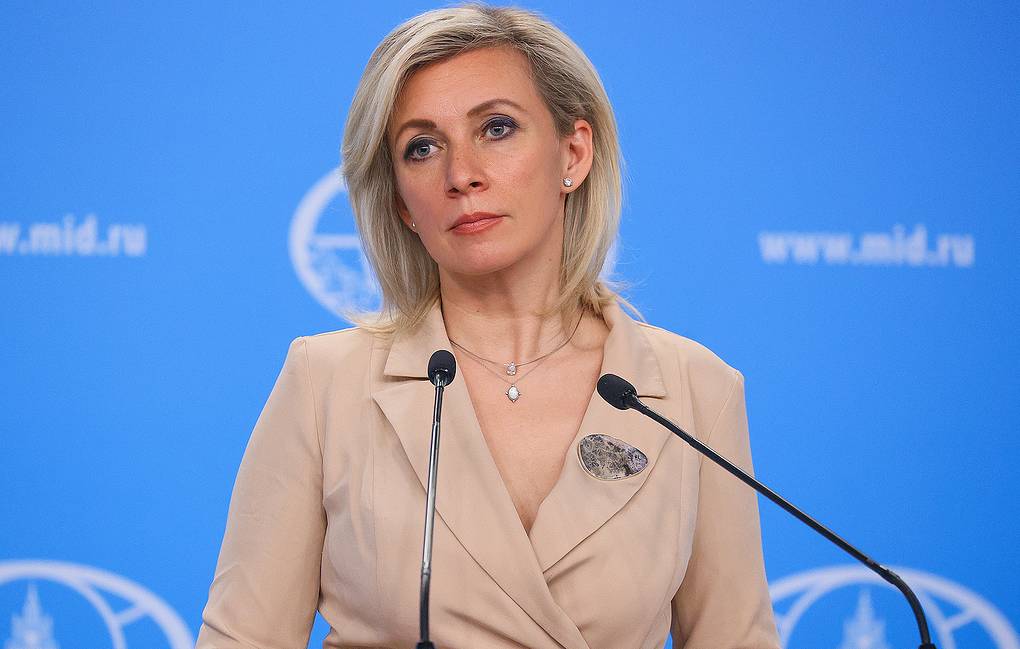 As Russian Ambassador to London Andrey Kelin said, they Western countries are writing some “provocative, boorish things” Zakharova said in an interview on Sunday Evening when asked whether the United States and the United Kingdom have contacted Russia concerning their nationals who are taking part in combat operations in Ukraine.

“They don’t want to answer the question we ask about their activities,” she continued.

According to Zakharova, the West is doing its utmost to continue the conflict in Ukraine as long as possible.

“They are sparing no effort so that the conflict in Ukraine continued as long as possible. We remember what US 43rd President George Bush Jr said: Ukraine’s mission is to kill as many Russians as possible… They have endowed Ukraine and the Kiev regime with this duty. They are using Ukraine as an instrument and the entire logistics are centered round that, weapons supplies, sending people, anything to keep the conflict burning, as Boris Johnson told Macron today, to prevent the settlement of this situation. Otherwise, their plan will fail,” she added.