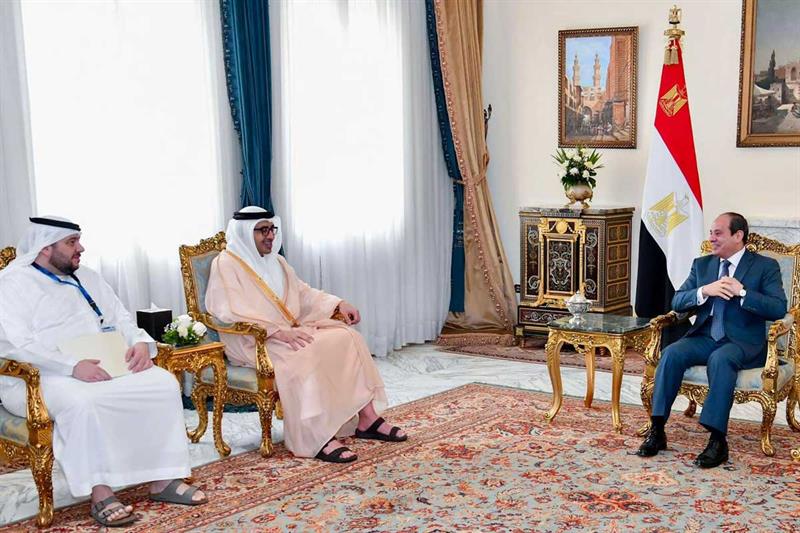 The president highlighted the special relations between Egypt and the UAE, which have extended for decades since the late UAE President Sheikh Zayed Al-Nahyan, hailing the Emirati’s supportive stances toward Egypt during many historical milestones.

The meeting comes a month after the UAE’s government announced allocating an investment fund of $10 billion run by the state-owned ADQ for joint projects with Egypt and Jordan as part of a newly launched partnership industrial initiative.