King Meeting Palestinian President: Nothing more important to Jordan than Palestinian cause 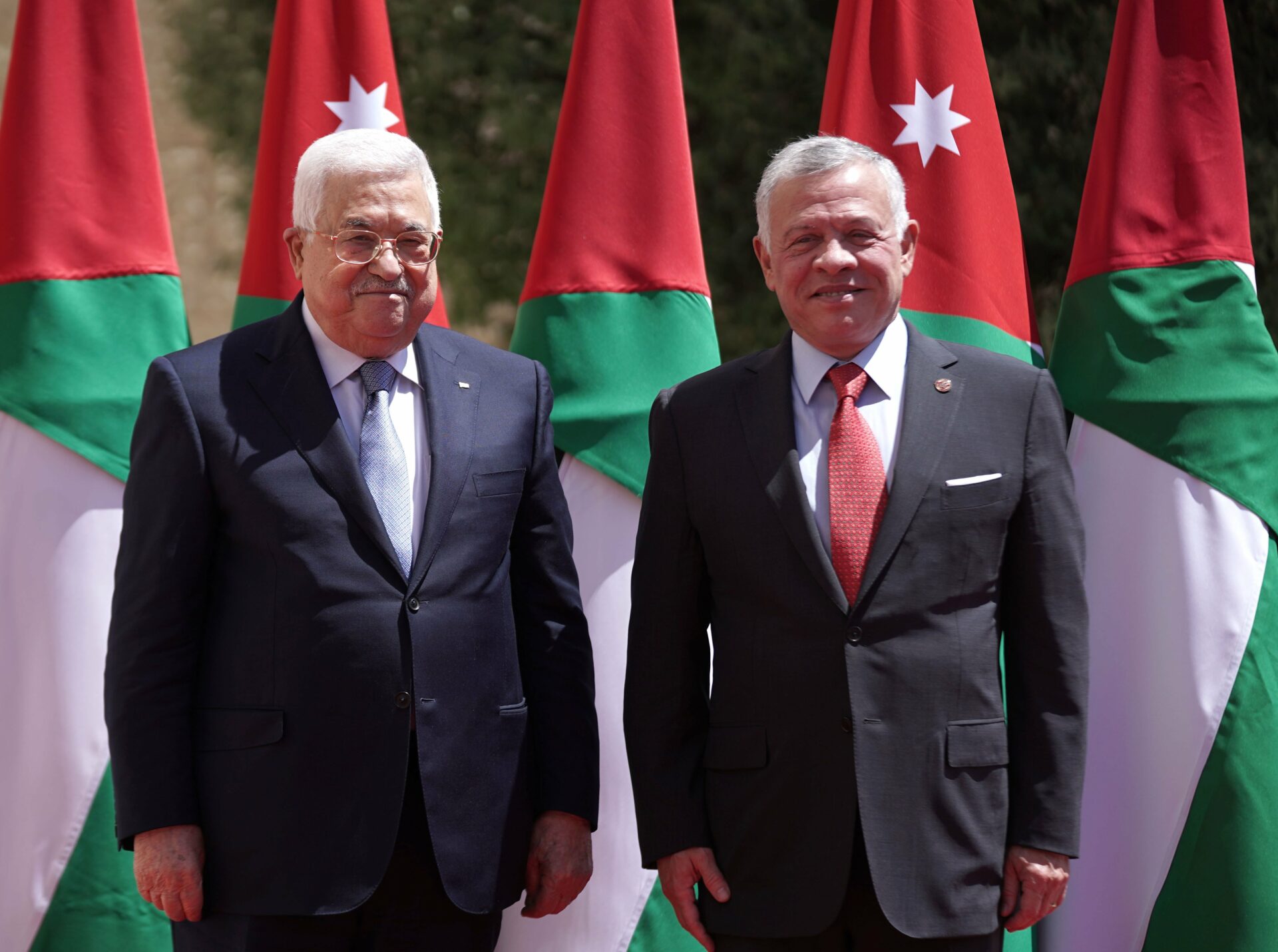 King Abdullah, during a meeting with Palestinian President Mahmoud Abbas at Al Husseiniya Palace on Sunday, reaffirmed Jordan’s unwavering position towards the Palestinian cause and its support for the Palestinians in fulfilling their just and legitimate rights.

He said the only way to end the Palestinian-Israeli conflict is through the two-state solution, which guarantees the establishment of an independent, sovereign, and viable Palestinian state on the 4 June 1967 lines, with East Jerusalem as its capital.

The King reaffirmed the importance of preserving the historical and legal status quo at Al Aqsa Mosque/Al Haram Al Sharif, stressing that Jordan will continue to safeguard Islamic and Christian holy sites in Jerusalem, under the Hashemite Custodianship.

The two sides said the next step required now is to cease unilateral measures to open the way to resuming negotiations in the future.

The King said Jordan is in constant communication with the United States, and is working to have the Palestinian cause at the top of US President Joe Biden’s agenda during his visit to the region next month.

He added Jordan will fully support the rights of the Palestinian people and their cause during its participation in the Summit of the Gulf Cooperation Council plus Egypt, Iraq, and Jordan in Jeddah.

The King reiterated that no progress can be made on regional economic cooperation without making progress in efforts to resolve the Palestinian cause to serve the interests of the Palestinian people.

The meeting covered the latest developments in Israel after the dissolution of the Knesset and their repercussions on peace prospects, as well as the latest regional developments.

For his part, Abbas thanked Jordan for supporting the rights of the Palestinian people, noting that wherever Jordan is present on the international stage, the Palestinian cause is represented.

The Palestinian president commended Jordan’s efforts to safeguard Islamic and Christian holy sites in Jerusalem, under the Hashemite Custodianship.