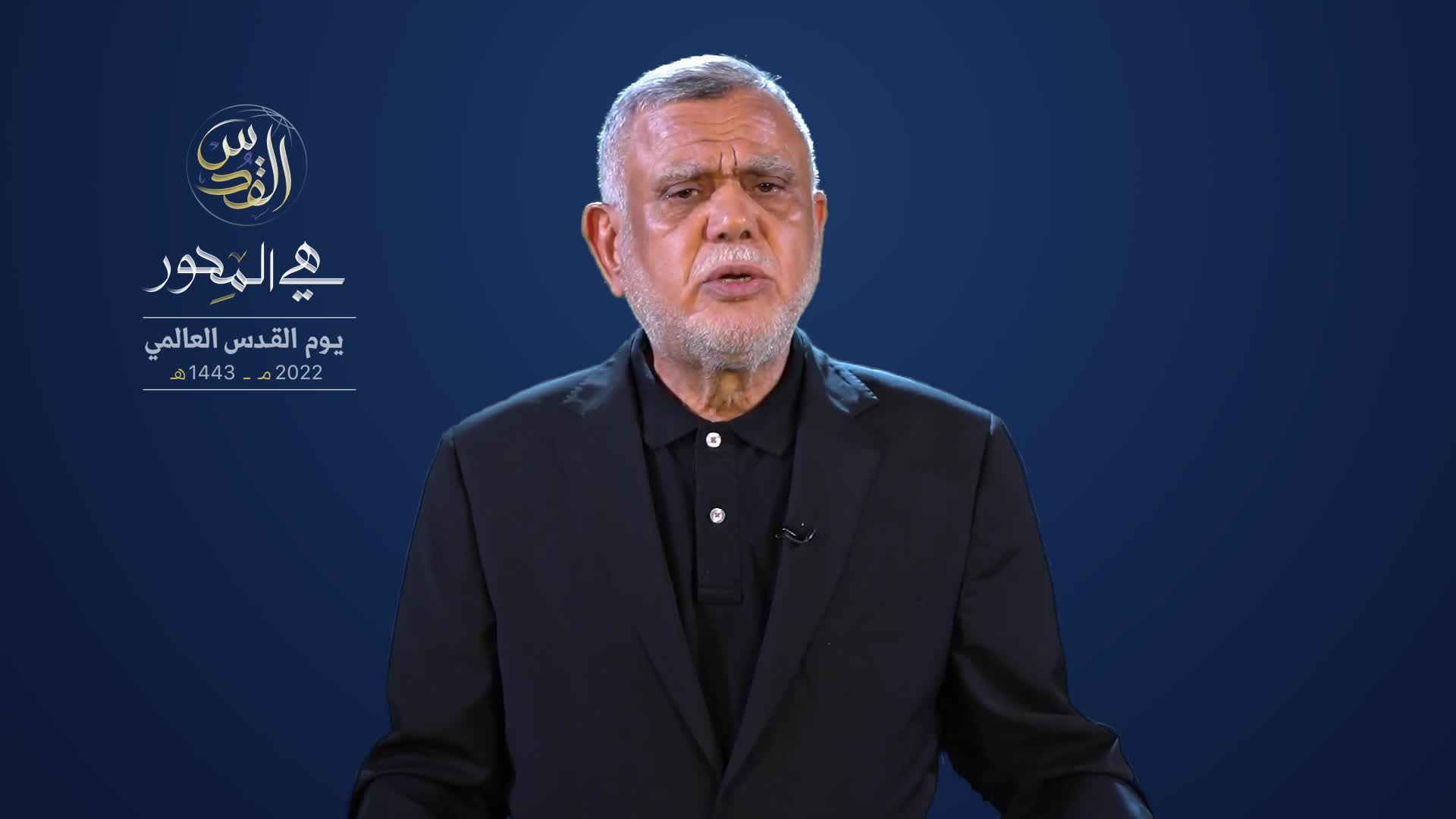 Iraqi Fatah Alliance chief Hadi Al-Amiri said, “We, alongside the Muslims and the free people of the world, stand in reverence of the Quds International Day,” stressing that the Israeli occupation which is still occupying Al-Aqsa mosque and usurping Palestinian land must end.

Al-Amiri made his remarks in a televised speech in an event that gathered Muslim leaders, officials, and personalities from across the Axis of Resistance.

“The liberation of Iraq from US hegemony is its liberation from the implicit, multi-form Zionist advance… and enmity toward the Axis of Resistance and defamation against it is an outrageous act that perpetuates normalization with the Zionist entity,” Al-Amiri stressed.