Al-Nakhalah: Palestinians to be united to achieve victory 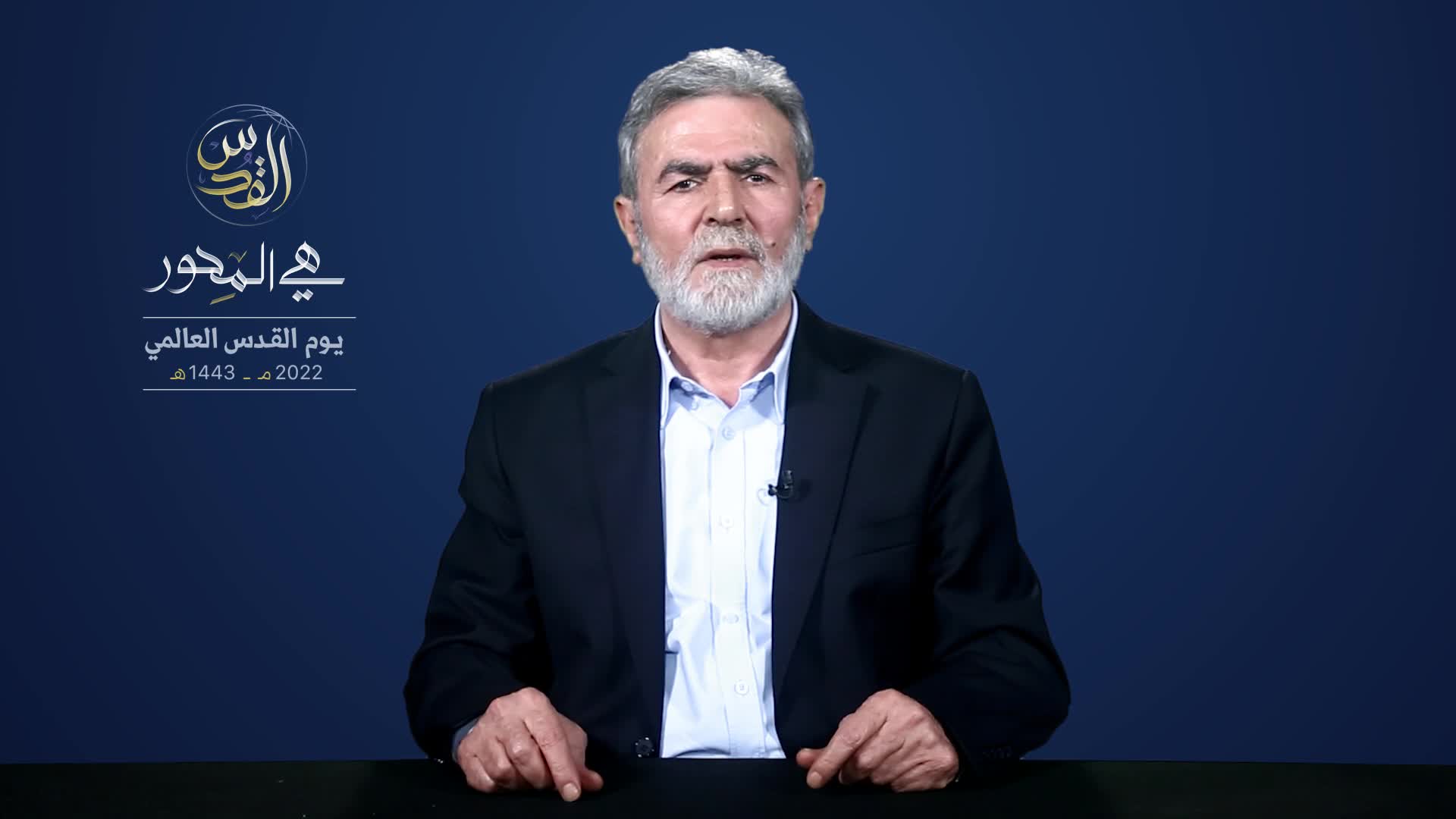 Secretary General of Palestine’s Islamic Jihad Movement, Ziyad Al-Nakhalah, stressed that the Palestinian people will remain united in the face of the Zionist enemy and achieve victory.

Al-Nakhalah made his remarks in a televised speech in an event that gathered Muslim leaders, officials, and personalities from across the Axis of Resistance.

Al-Nakhalah hailed the position of the Islamic Republic of Iran, noting that it supports the Mujahideen ad paves the way for victory.

Al-Nakhalah greeted “the heroic martyrs and captives of Palestine, the Mujahideen of Palestine and the those stationed to defend the Al-Aqsa Mosque and Palestine”.

“Every year, our people are closer to victory,” he said, highlighting the importance of the occasion this year as the Palestinian people are fighting “in defense of Jerusalem and the blessed Al-Aqsa Mosque in the face of Zionist tyranny, and in the face of false sacrifices, falsification of facts and invoking false history, which harbors hatred against Islam and Muslims”.