Journalist Injured, Others Suffocate in Anti-Settlement Rally Near Nablus 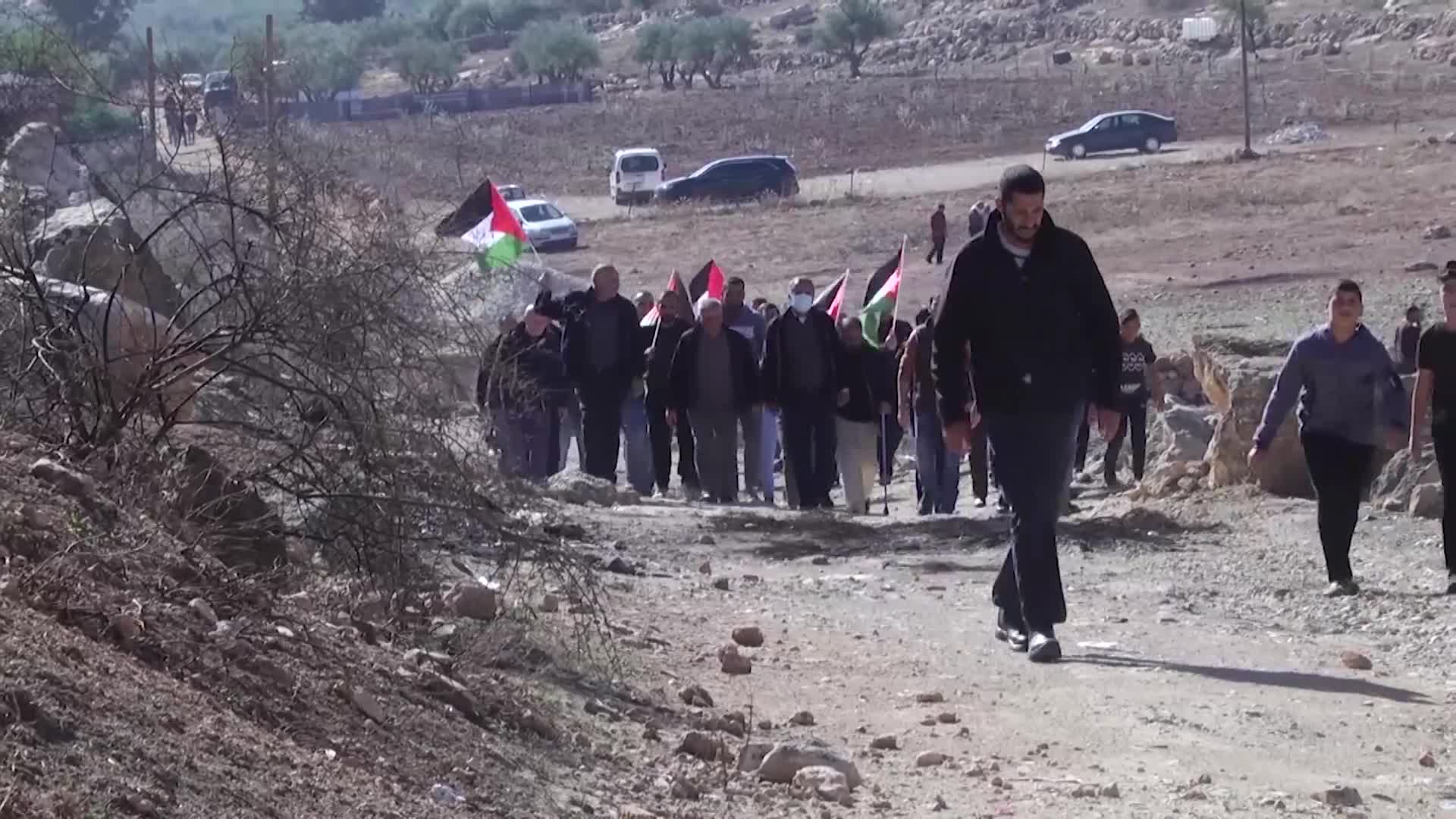 Israeli forces suppressed Friday afternoon an anti-settlement rally in Beita town, south of the West Bank city of Nablus, injuring a journalist and causing others to suffocate.

Israeli forces used violence to disperse a rally called for to protest the construction of the new colonial settlement of Givat Eviatar atop Jabal Sabih (Sabih Mountain), near Beita, as well as the seizure of lands belonging to the villagers of Beita, Huwarra, and Za‘tara to inaugurate a new settler-only bypass road, causing dozens to suffocate.

Director of the Palestinian Red Crescent’s (PRC) Emergency Department in Nablus, Ahmad Jibril, said that one Palestine TV reporter, Baker Abdul-Haq, was injured by a rubber-coated steel bullet in his shoulder and three other journalists suffocate from tear gas inhalation as they were covering the event.

Palestinians across Historic Palestine have been rising up against decades of Israeli settler- colonialism and apartheid. The villagers of Beita have not only been protesting decades of Israeli oppression, but also intensified Israeli land pillage of their land.

In almost a month, five Palestinians from the town were killed and over 618 others were injured while trying to oust the colonial settler outpost built atop Mount Sabih or Sbeih.

In addition to Mount Sabih, Israeli forces have erected another colonial settlement outpost atop Mount Al-Arma, north of Beita, a few months ago, as both mounts enjoy a strategic location as they overlook the Jordan Valley, a fertile strip of land running west along the Jordan River which makes up approximately 30% of the West Bank.

The construction of the two colonial outposts atop Mount Sabih, south of Beita, and Mount Al-Arma, north of the town, besides to a bypass road to the west is an Israeli measure to push Palestinian villages and towns into crowded enclaves, ghettos, surrounded by walls, settlements and military installations, and disrupt their geographic contiguity with other parts of the West Bank.

The number of settlers living in Jewish-only colonial settlements across occupied East Jerusalem and the West Bank in violation of international law has jumped to over 700,000 and colonial settlement expansion has tripled since the signing of Oslo Accords in 1993.

Israel’s nation-state law, passed in July 2018, enshrines Jewish supremacy, and states that building and strengthening the colonial settlements is a “national interest.”