Raisi Urges Switzerland Not to be Impelled by US Pressure 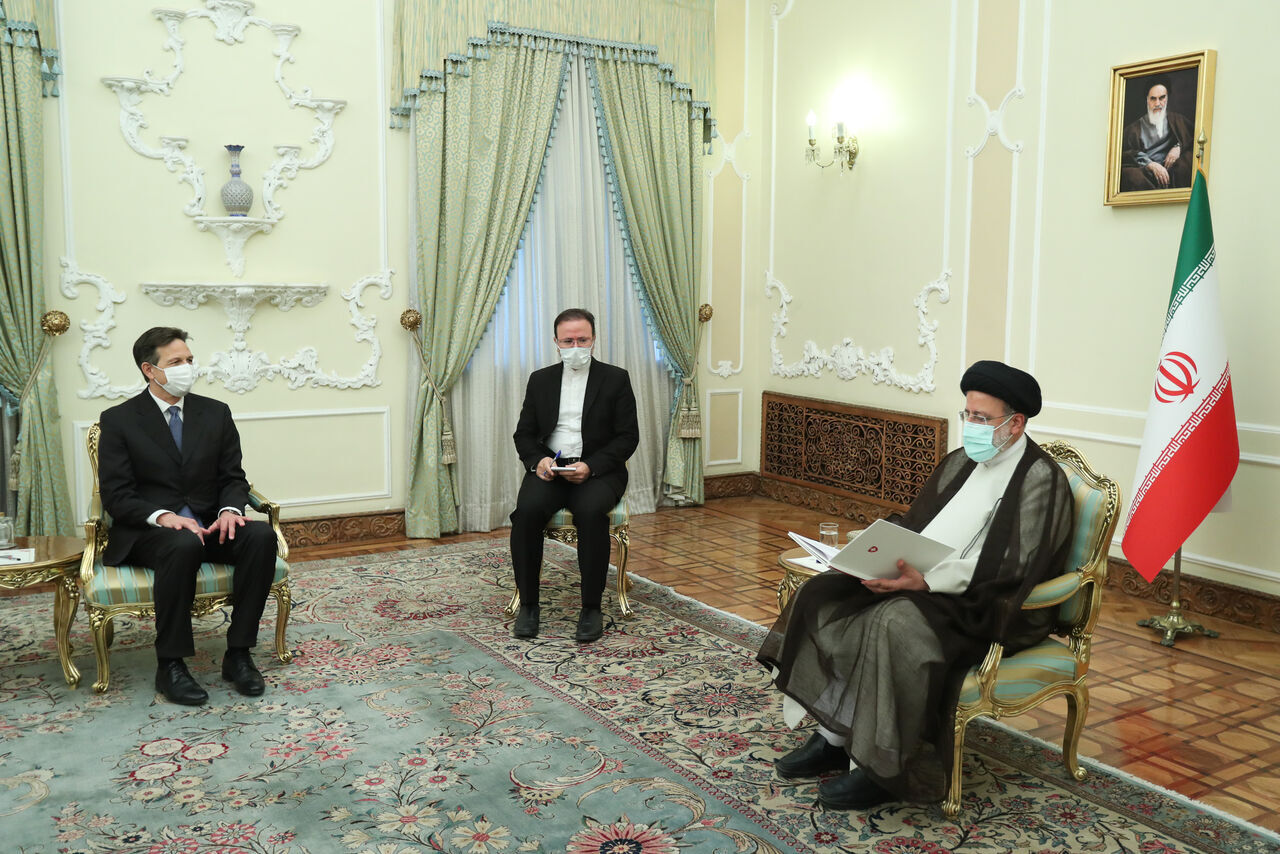 Iranian President Ebrahim Raisi said in a meeting with the Swiss Ambassador to Tehran that Switzerland should maintain its independent role against US unilateral policies.

In the meeting, the President described the ties between Iran and Switzerland as being always friendly.

Switzerland has always had a positive role in protecting and expanding peace, Raisi said, adding that the country was expected to maintain its independent role against US unilateral policies.

Dussey pointed to Iran’s old brilliant civilization and said that Iran and Switzerland have enjoyed good relations in political, cultural, economic and scientific fields for over 100 years.

The Ambassador expressed hope that Swiss companies and economic activists could resume activity in Iran.