Thousands Attend the Funeral of Ex-Prisoner Ali Qambar in Nuwaidrat 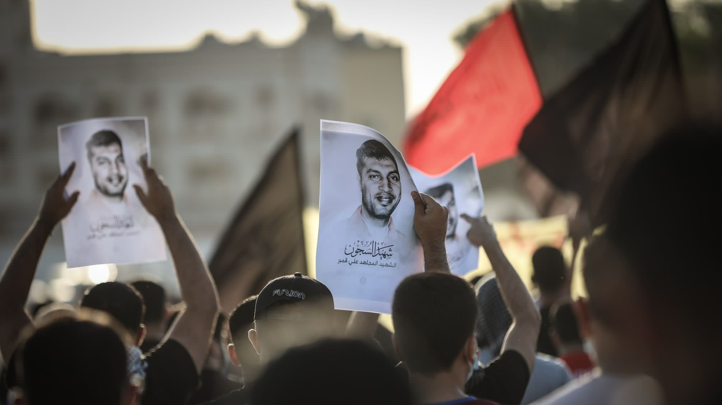 Thousands of Bahrainis took part in the funeral of ex-prisoner, Ali Qanbar, who died on Monday after suffering from medical complications sustained during his time in prison.

During the funeral, Bahrainis chanted slogan denouncing the crimes of the Caliph regime as the march roamed the streets of Nuwaidrat town to the Nuwaidrat cemetery where he was laid to rest.

On September 2, 2014, armed men arrested the young man, Ali Ahmed Qambar, brother of martyr Issa Qambar, in an intelligence ambush while he was in the Salman al-Farsi Mosque.

After long months inside the prisons of Al-Khalifa regime, dreadful months full of hardships due to physical and psychological torture and deplorable prison conditions, the authorities released him on July 3, 2018 as his health reached a critical point between life and death.

Twenty days after his release on July 23, 2018, Qambar began his long treatment journey until his death on Monday.