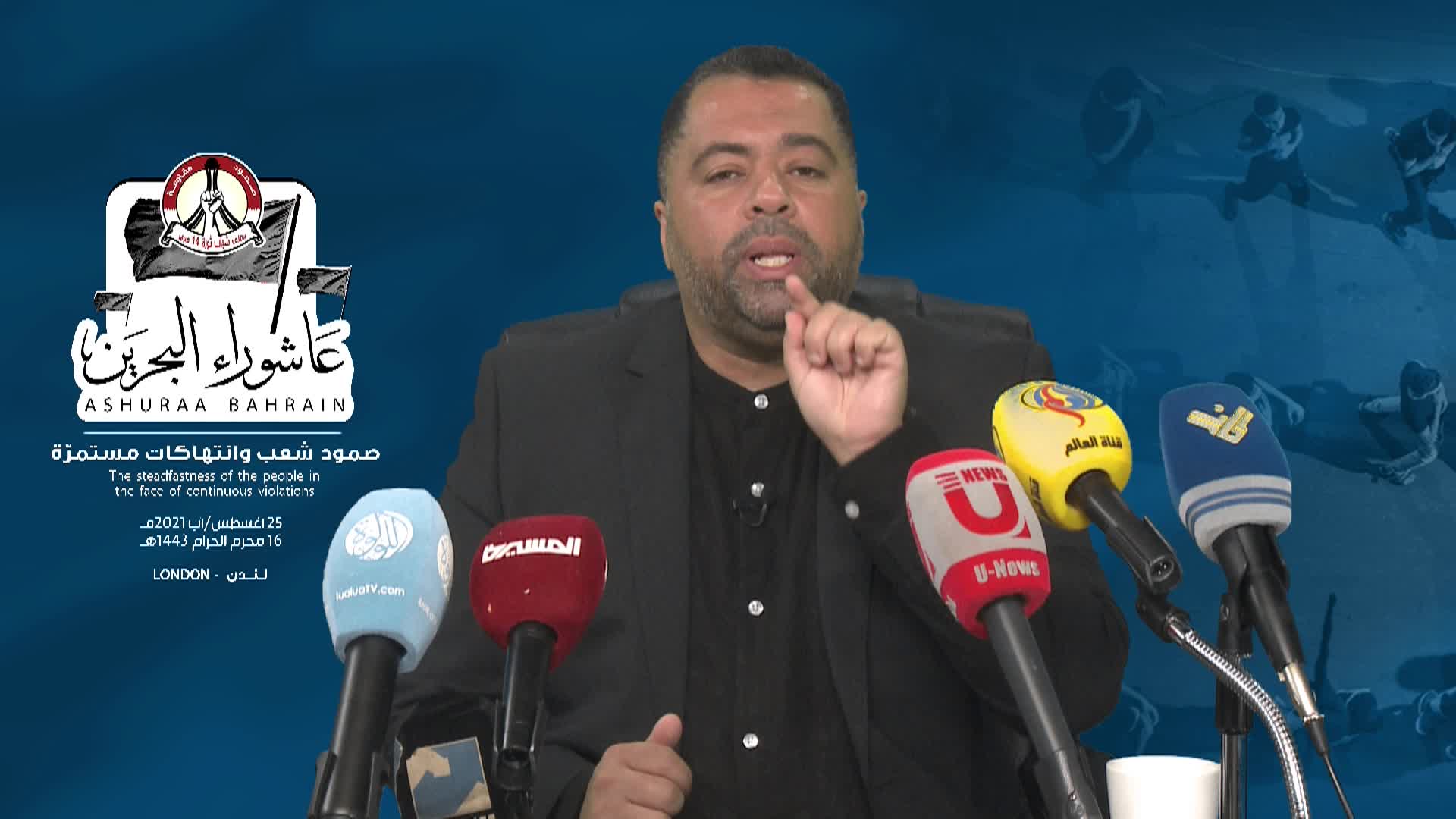 Director of February 14 Youth Coalition Political Bureau, Ebrahim Al-Aradi, stressed Bahrainis’ firm stand against normalization of ties with the Israeli occupation which is usurping Palestinian land, noting that Al Khalifa regime aimed at linking Israel to the revival of Ashura in a way or another.

Al-Aradi said on Wednesday in a statement in London that “Ayatollah Sheikh Isa Qasem is today a spearhead in the face of all the malicious political projects of Al Khalifa regime,” stressing commitment to all the demands of Sheikh Qassem.

He noted that the media office of Al Khalifa regime sent a letter of appreciation to the Minister of Interior Rashid Al Khalifa on the tenth of Muharram, and the latter is known for his suppression of Ashura councils in Bahrain.

Rashid Al Khalifa is known to everyone for summoning major figures in Bahrain and intimidating people for reviving Ashura, highlighting misinformation in Bahrain.

He then hailed all those who monitored and documented the violations of Al Khalifa regime against young men and Ashura revival in the country.