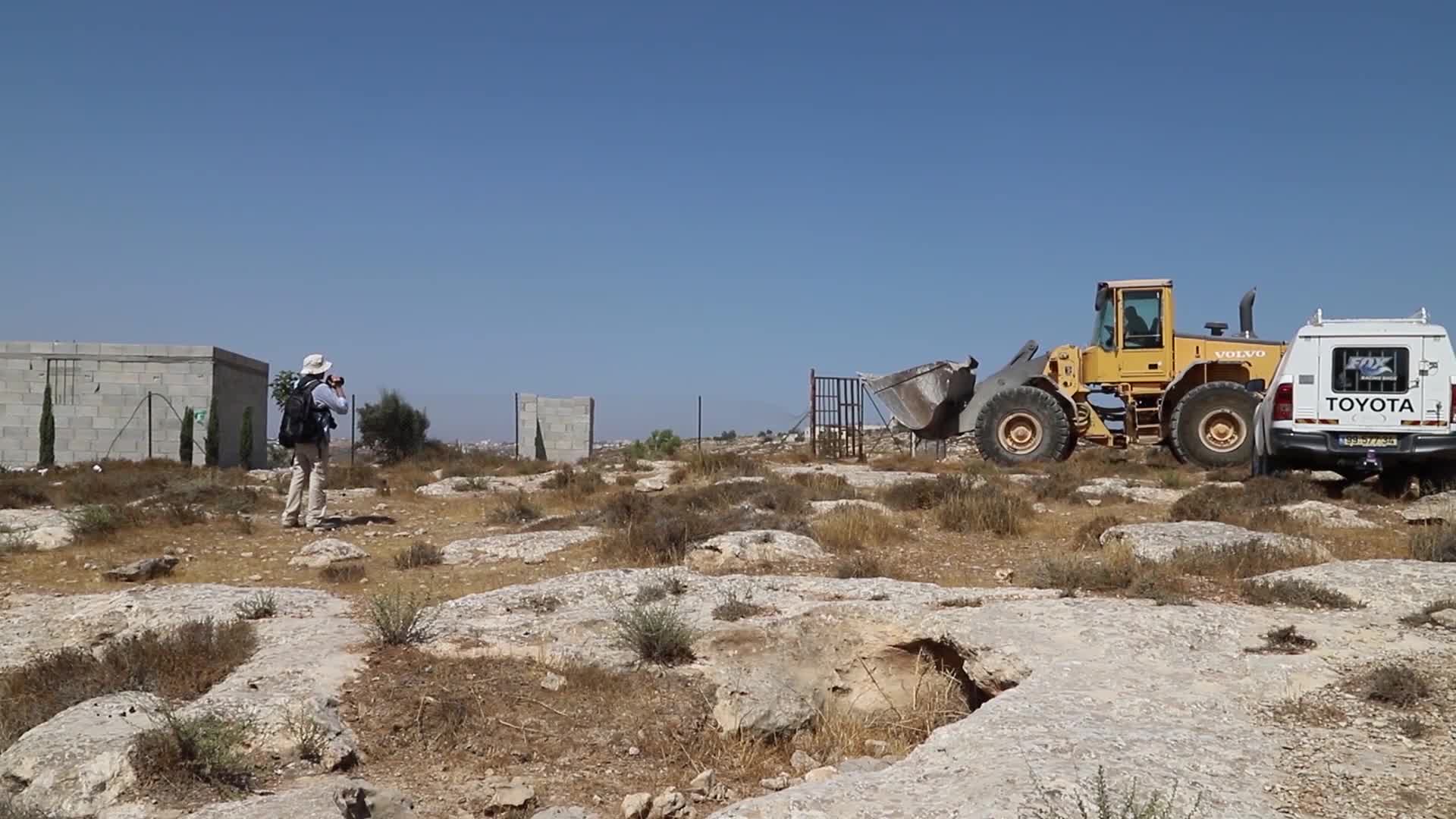 They also tore down retaining walls and sabotaged barbed wire belonging to Salem al-Rajabi under the flimsy pretext that his plot of land is located in Area C, which accounts for 60 percent of the total West Bank area.

Located to the southwest of Bani Na‘im, Birin has a population of 160 and is flanked by Bani Haiver colonial settlement from the east and the settler-only bypass Road No. 60 from the west. Its residents were originally expelled from Naqab in southern Israel and now depend on agriculture and livestock as their main source of livelihood.

According to the Land Research Center, Israel has frequently issued military stop-construction and demolition orders against various residential and agricultural structures and dismantled barns in the locality, citing the lack of rarely-issued construction permits as a pretext.