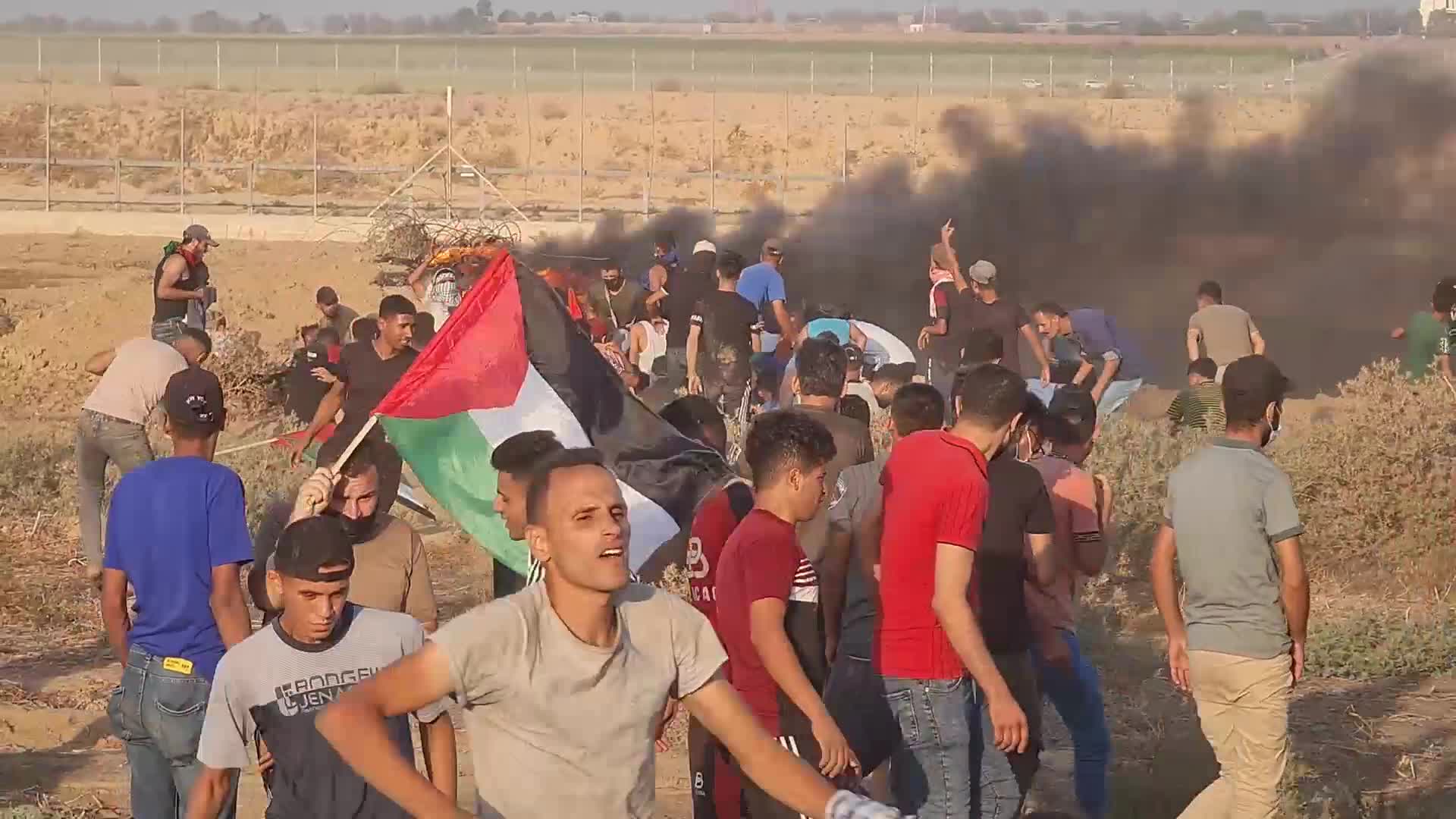 At least three Palestinians suffocated by tear gas as Israeli forces attacked a peaceful rally held along the southern Gaza borderline to the east of Khan Younis city, in condemnation of the 14-year-old blockade that Israel has imposed on Gaza since 2007, sources said.

Palestinian Ministry of Health announced that 14 civilians were wounded, including five with live bullets, two in moderate condition, two with rubber bullets, and seven with tear gas grenades.

Witnesses said Israeli soldiers stationed at watchtowers along the borderline area to the east of the Gaza Strip fired a barrage of tear gas canisters toward the rally, causing at least three people to suffocate.

A Palestinian injured in protests along Gaza’s eastern border succumbed to his wounds early morning today.