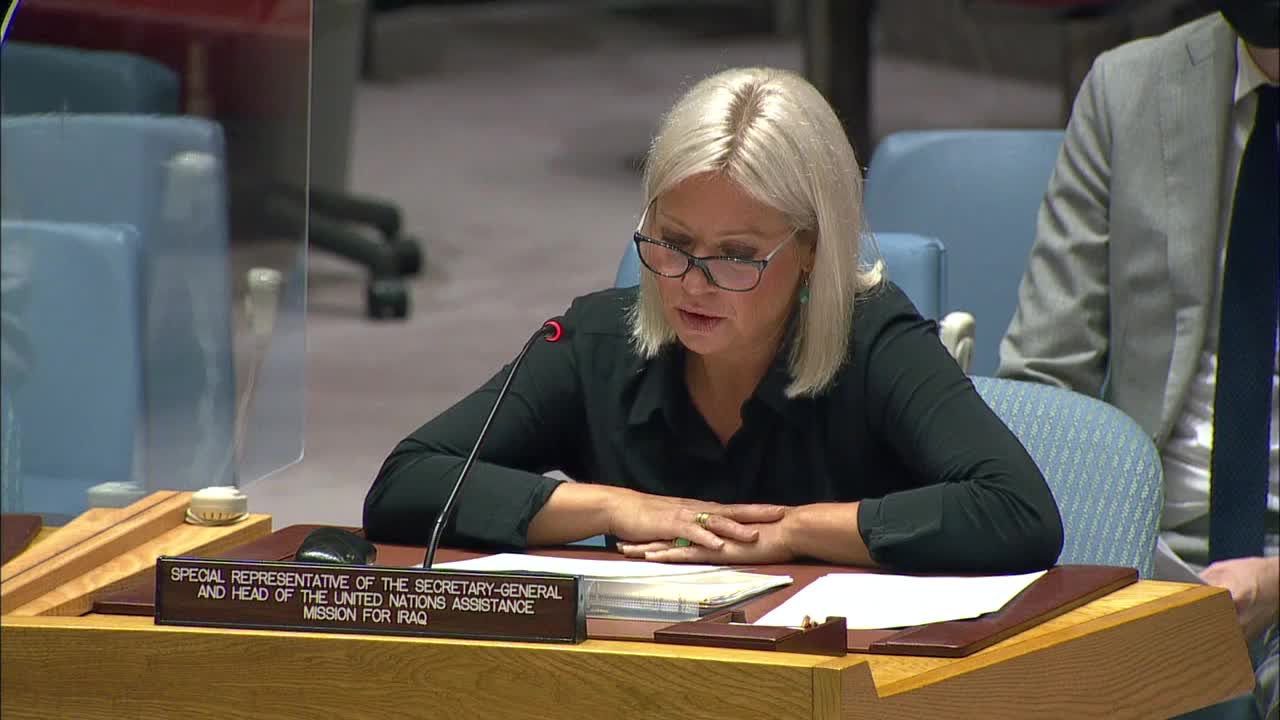 Special Representative of the UN Secretary-General for Iraq Jeanine reiterated UN support for Iraqi elections, adding “With the election date rapidly approaching, Iraq will have our support at every step of the way.”

“These elections were hard earned,” Top UN official in Iraq Hennis-Plasschaert said at the Security Council meeting on Iraq on Wednesday.

“I can only emphasize the importance of credible elections for the future of Iraq’s young.”

With only 46 days left until Iraq goes to the polls on October 10th, Hennis-Plasschaert noted that the Independent High Electoral Commission has reached several milestones, including finalizing candidate lists and conducting polling day simulations.

“I wish to commend IHEC not only for its dedication but also for its transformation. Iraq’s authorities and parties would do well to publicly acknowledge IHEC’s achievements so far. And the same goes for its independence. Casting doubt about IHEC’s ability to operate, risks further eroding voter confidence,” Hennis-Plasschaert said.

She added that the UN Mission continues to provide technical assistance wherever it can to the Commission. Preparations are also underway for the UN monitoring of the elections, and the Mission is also stepping up its communication efforts aimed at informing the Iraqi voters on election preparations and related UN activities, sharing facts and figures, tackling misinformation and managing public expectations.

The Special Representative added that the elections clearly have the potential to be different from the elections of 2018 but warned that they cannot be the sole responsibility of the Electoral Commission. She called on all parties “to commit to transparent and credible elections – in words and in deeds.”

“Fear of electoral fraud is being expressed by many. By Iraqi citizens, and also by political parties. Looking back on past events, this fear is well understood. At the same time, it is fair to emphasize that the political parties themselves are the ones who can make or break these elections. No matter how many technical measures are put in place, it is up to them to collectively refrain from any attempt to force or distort election results. It is up to them to stop the buying of loyalties, voter suppression and/or other intentional, illegal actions. It is they who must lead by example, collectively,” she said.