Foreign Ministry: If US has as much goodwill as Iran, an accord is close 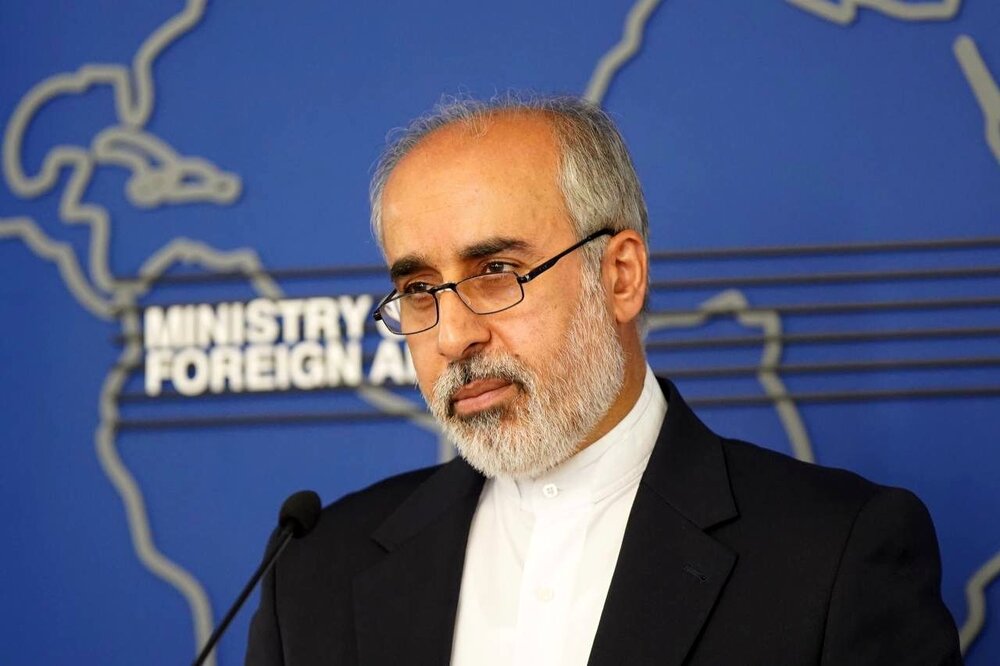 The spokesman for Iran’s Ministry of Foreign Affairs said on Monday that Tehran has had great flexibility in the talks and that being close to or far from agreement depends on Washington’s political decision.

Iran is faithful to the process of talks and continues to be so until a good and strong agreement is reached, Naser Kanaani told reporters at his weekly press briefing in Tehran. ‌

If the US acts constructively and positively, an agreement is close, Kanaani said.

Meanwhile, the principled policy of the Iranian government is to not let the people’s livelihood be knotted to the talks on the removal of the sanctions, Kanaani noted.

The truth is that Iran has not left the negotiating table, he said, adding that Iran acts neither hastily nor emotionally and the talks are in progress through the communication channels.

The spokesman went on to say that the talks with Deputy Secretary-General of European External Action Service Enrique Mora are underway at the level of foreign ministers and negotiators.

Elaborating on the process of talks, Kanaani said other countries including some regional states – Oman and Qatar – have announced some initiatives.

Iran is after a good, strong, and sustainable agreement, the spokesman stressed.

Elsewhere in his remarks, he referred to the remarks made by Director General of the International Atomic Energy Agency (IAEA) Rafael Grossi about Iran and described those remarks as nonprofessional and unfair.

Unfortunately, Iran’s constructive measures have not been responded to by the IAEA positively, Kanaani said, expressing regret that some parts of those remarks are the stances of the Zionist regime of Israel.

In recent years, Iran has been making effort to end misunderstandings through a constructive and interactive attitude, the spokesman added, advising the IAEA chief to pay attention to Iran’s constructive cooperation and play a constructive role in the talks.