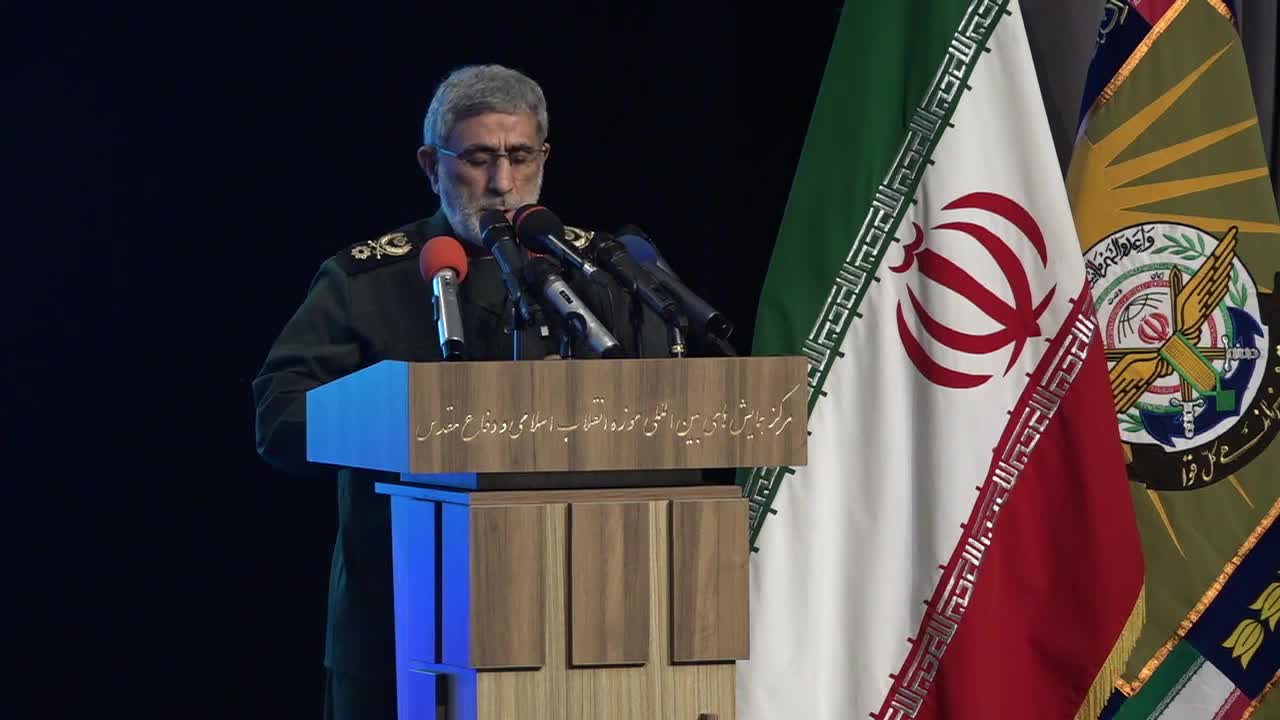 The commander of the Islamic Revolution Guards Corps Quds Force Brigadier General Esmaeil Qaani said Wed. that the Resistance in Lebanon has grown too strong today that Israel does not dare to take any action against it.

Speaking at a ceremony to commemorate the martyrs at Imam Hossein University in Tehran on Wednesday, General Qaani pointed to the anniversary of the Liberation of Khorramshahr from the Sadaam Baath regime and said that the retaking of the city was a turning point in history.

He described the Liberation of Khorramshahr as a meaningful day that took everyone in the world by surprise including Saddam Hossein and its foreign backers.

Gen. Qaani referred to the late Imam Khomeini’s remarks after the Liberation of Khorramshahr and said that the school of Resistance the Imam founded has now grown too strong that has attracted lots of young people across the region.

He underlined that the Liberation of Khorramshahr was followed by the Zionist regime of Israel’s invasion of the south of Lebanon, and that the Imam’s school laid the ground for the foundation of Hezbollah against the Israeli regime’s aggression.

“Today, the Zionist regime does not dare to fire a single shot at Hezbollah in Lebanon,” the IRGC Quds Force commander said.