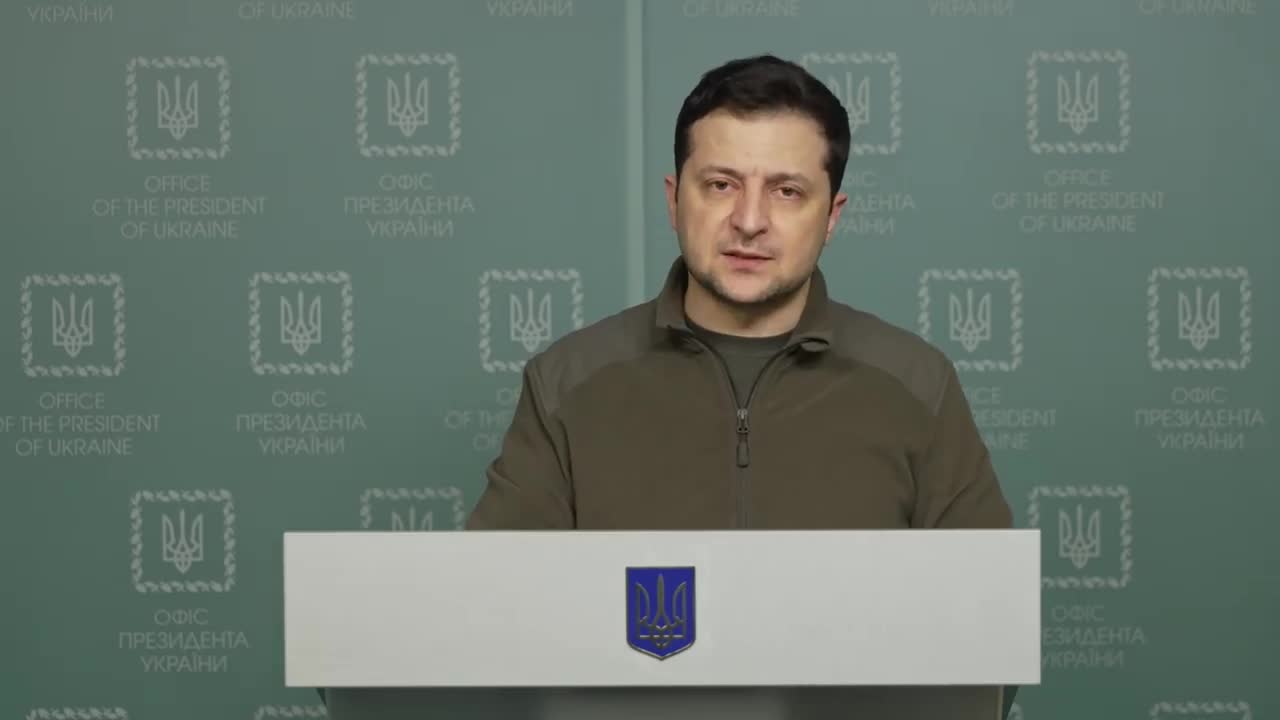 Speaking in a new video address, Zelensky accused Moscow of seeking to overthrow him and establish a state in Ukraine.

“We’ve derailed their plan,” the Ukrainian leader said, stressing that the Ukrainian army was in control of the capital Kiev and main cities around it.

Zelensky said Ukrainians had been fighting against Russians troops in a number of cities including the southern city of Odessa, the northeastern city of Kharkiv and the capital Kiev. The western city of Lviv and other cities in western and central Ukraine have been targeted with air strikes, he said.

Ukraine, Zelensky said, has “already” earned the right to join the European Union and urged the EU leaders to make that decision.

“This will be key evidence of our country’s support,” he said.

Zelensky also urged Germany and Hungary to back severing Russia from the SWIFT banking system to punish Moscow for invading his country.

“There is already almost full support from the EU countries to disconnect Russia from SWIFT. I hope that Germany and Hungary will have the courage to support this decision,” Zelensky said.

The Ukrainian president also thanked Russians who spoke out against the war and asked them to keep up the pressure on the Kremlin.

“Simply stop those who are lying to you, lying to us, lying to the entire world,” he said.

“Thousands of victims. Hundreds of those taken prisoner,” he added.

“The sooner you tell your government that the war must immediately stop, the more of your people will survive.”