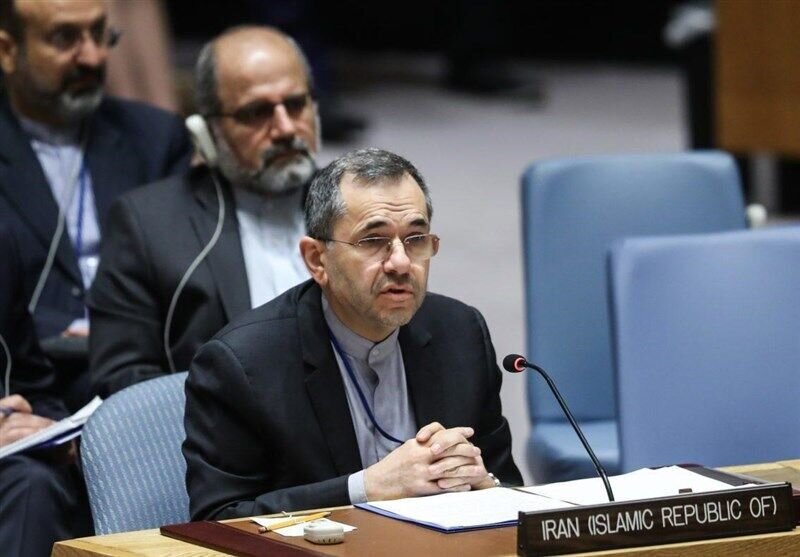 Iran’s permanent ambassador to the United Nations has protested “serious and systematic” breaches of human rights in Palestine and Yemen.

Majid Takht-Ravanchi made the remarks on Tuesday, addressing a UN Security Council session on “wars in cities: protection of civilians in urban settings.”

“The most serious violation of IHL (the international humanitarian law) is the decades-long systematic inhumane and apartheid policies and practices of the Israeli regime in the Occupied Palestinian Territory,” he said in a statement.

The violations, the envoy added, include a range of brutalities, such as deliberate, systematic, and massive killing of civilians, including women and children as well as seizure and demolition of their homes.

The Israeli regime claimed existence in 1948 after occupying huge swathes of Palestinian territories during a Western-backed war.

It occupied more lands in another such war in 1967. Ever since, it has built hundreds of settlements upon the overrun territories and put the most aggressive restrictions on the movements of Palestinians there.

“Similarly, in Yemen, the systematic and serious breaches of IHL have caused the widespread and deliberate destruction of civilian infrastructures, targeted killings of civilians, including women and children, and strict unlawful blockades of civilian ports and airports,” Takht-Ravanchi added.

He said, “The UN Security Council has a duty to ensure the protection of civilians and compel violators of international human rights law to immediately end such flagrant crimes and hold them accountable for their crimes.”

“It is unfortunate and worrying that in the Middle East region, including in the occupied Palestinian territories and Yemen, the implementation of international humanitarian law is brutally violated,” Takht-Ravanchi noted.