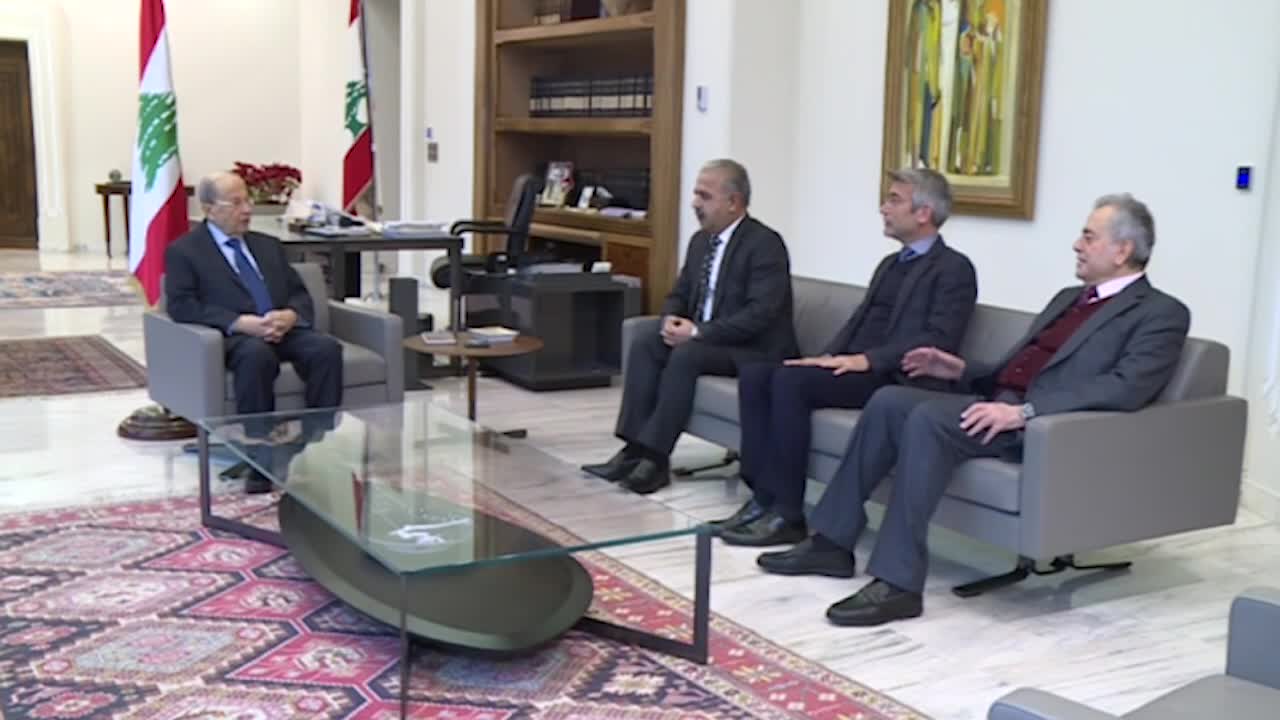 During the meeting, Al-Zamel conveyed to President Aoun the greetings of Syrian President, Dr. Bashar Al-Assad, and his directives “To provide all assistance and facilities for the implementation of this project”.

For his part, Aoun thanked Minister Zamel for Syrian accomplishments to facilitate the signing of the contract, praising the existing Arab cooperation to support Lebanon by its brothers, especially in this difficult circumstance which Lebanon faces.

After the meeting, the two ministers said in a statement “It is expected that tomorrow we will sign an energy supply contract from Jordan. To this end, we will receive the Jordanian Energy Minister, Saleh al-Kharabashi, shortly.”

“We will also sign an energy transit agreement from Jordan to Lebanon through Syria, in cooperation with the Arab brothers.”

They added “We hope that this cooperation will be constructive for the benefit of all the Arab brothers, and at the same time, the vital importance of this file lies in the ability, during the short period, within two months or less, to secure additional electricity to the Electricity of Lebanon network at a cheaper cost and less pollution than the electricity provided by private generators, so we will obtain 2 additional hours of feeding or 200 megawatts.”