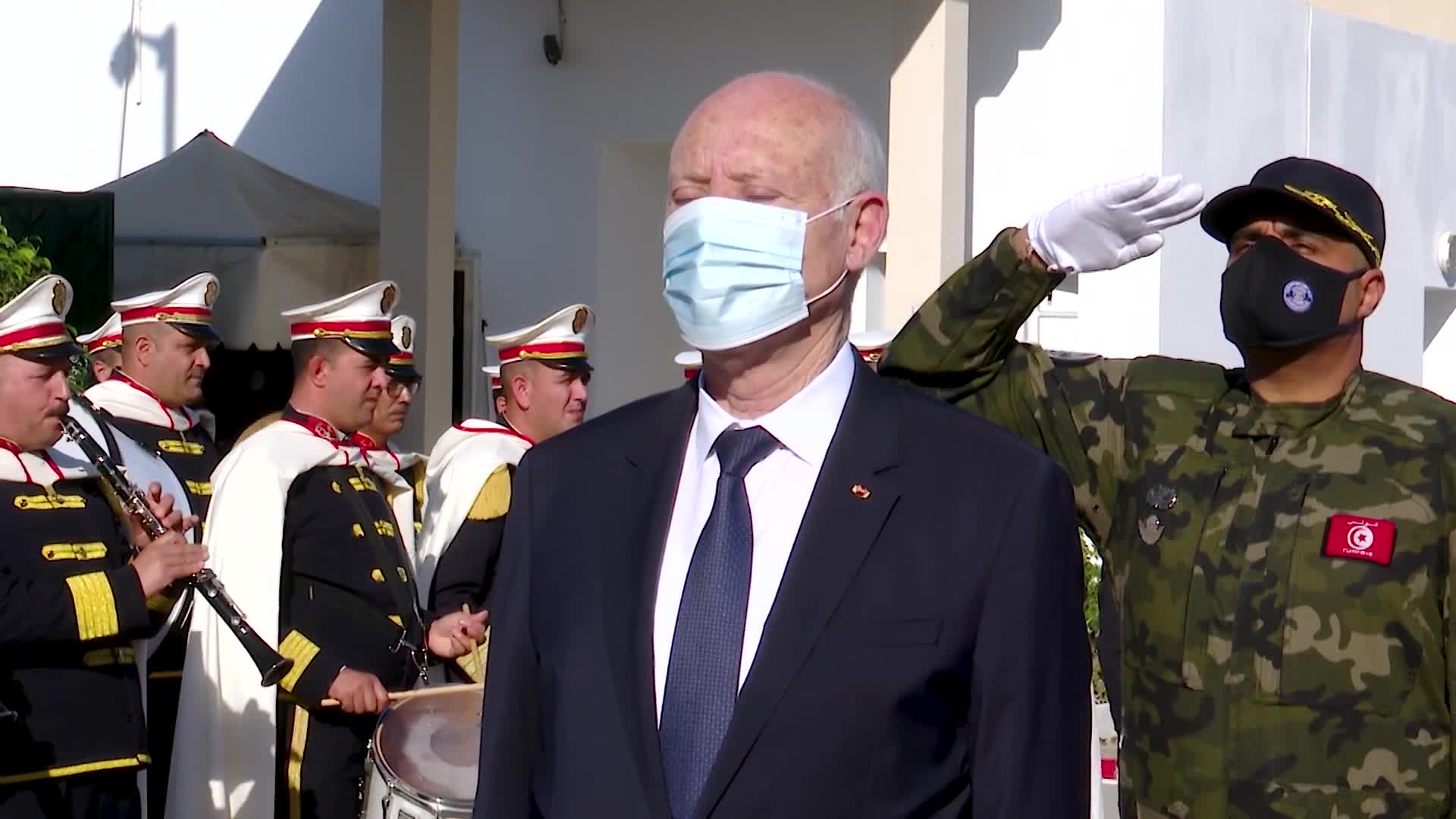 Tunisian President Kais Saied presided at the barracks of the General Directorate of Presidential Security and official personalities in Gammarth Wednesday a ceremony in memory of the presidential guard officers killed in the November 24, 2015 terrorist attack.

The Head of State saluted the national flag and laid a wreath in front of the memorial stele of the martyrs of the security forces, before reciting the Fatiha in their memory.

He also met with the families of the victims and the wounded and listened to their grievances, reaffirming the imperative to continue to provide them with the required assistance.

Said also participated in a ceremony organised by students of the Carthage Présidence High School and its teaching staff next to the memorial stele installed in front of the presidential palace in Carthage.

Twelve Presidential Guard officers were killed and 20 others injured in the suicide attack on the bus that was about to transport them from downtown Tunis to the Carthage Palace on November 24, 2015.