Abbas Gives Israel One Year to Withdraw from 1967-Occupied Territories 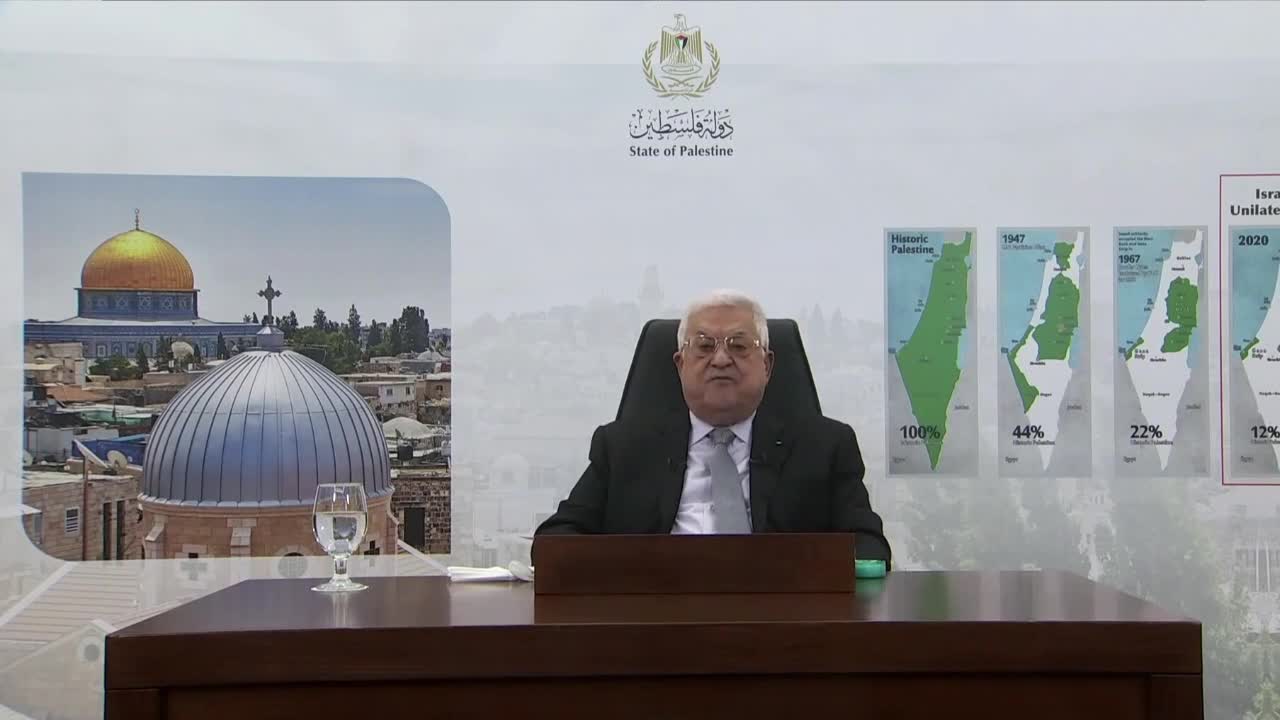 President of the Palestinian Authority, Mahmoud Abbas, gave Israel one year to end its occupation of 1967-occupied territories, otherwise, the PA will consider withdrawing its recognition of Israel.

“We give Israel one year to end its occupation. During this time we are ready to demarcate the border. If Israel doesn’t agree we will consider withdrawing our recognition of Israel on the 1967 lines and going to ICC,” Abbas said addressing the UN General Assembly via video link from the West Bank.

He further called on the international community to act to save the two-state solution.

Abbas said the occupation state is “destroying the prospect of a political settlement based on the two-state solution” through its settlements on West Bank land it occupied in 1967.”

“If the Israeli occupation authorities continue to entrench the reality of one apartheid state as is happening today, our Palestinian people and the entire world will not tolerate such a situation,” Abbas said.

“Circumstances on the ground will inevitably impose equal and full political rights for all on the land of historical Palestine, within one state. In all cases, Israel has to choose,” he added.