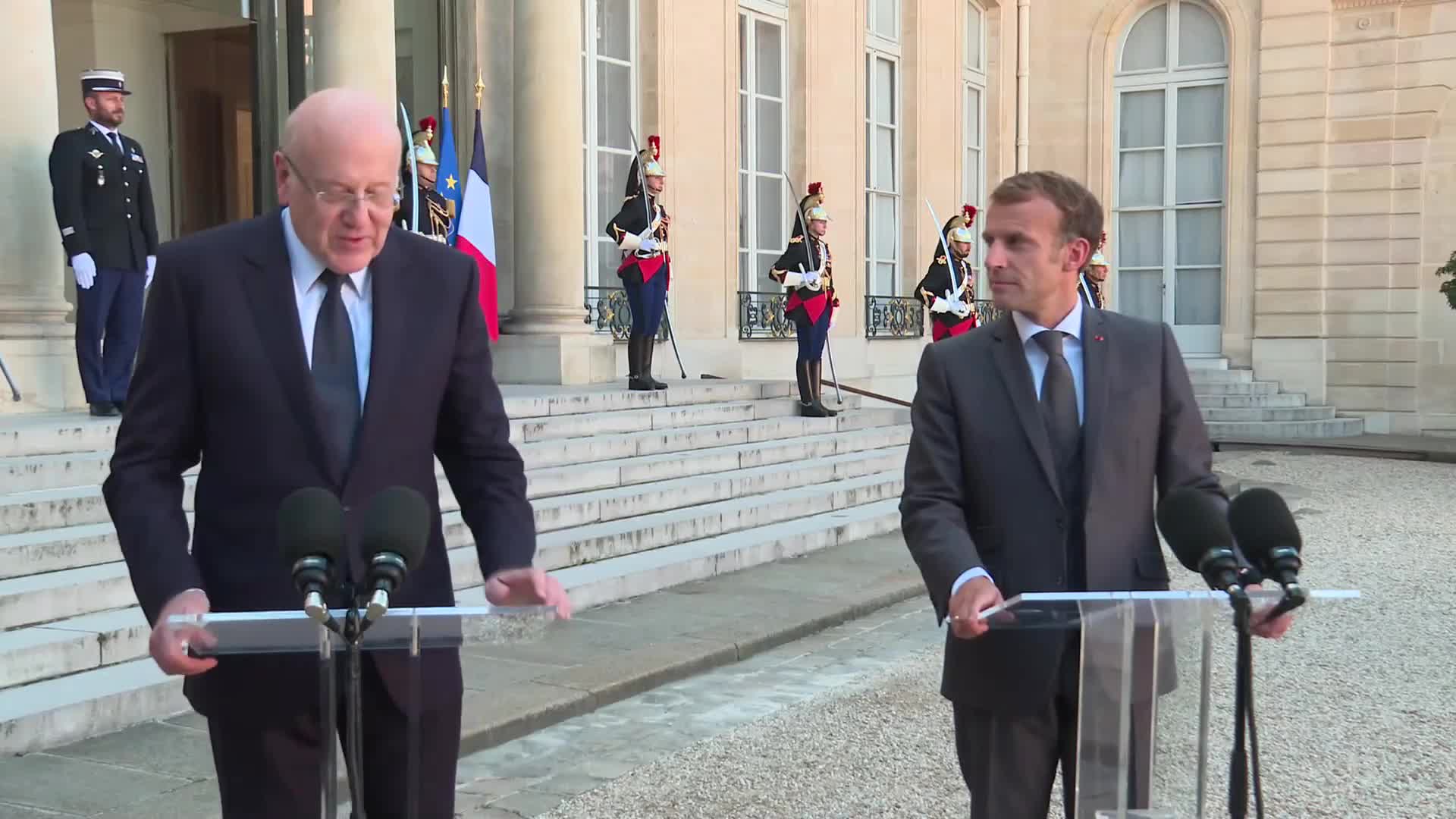 In a joint press conference, Mikati vowed to take the necessary measures to revitalize Lebanon’s economy, adding that the government is committed to hold the parliamentary elections scheduled in 2022.

Mikati said he had come to the French capital to reassure Macron that he and his new government, approved by the Lebanese parliament on Monday, were committed to reforming.

“I expressed my determination to implement… the necessary reforms as soon as possible in order to restore confidence, to give hope and reduce the suffering of the Lebanese population,” he said.