Jewish Settlers Force Their Way into the Aqsa Mosque 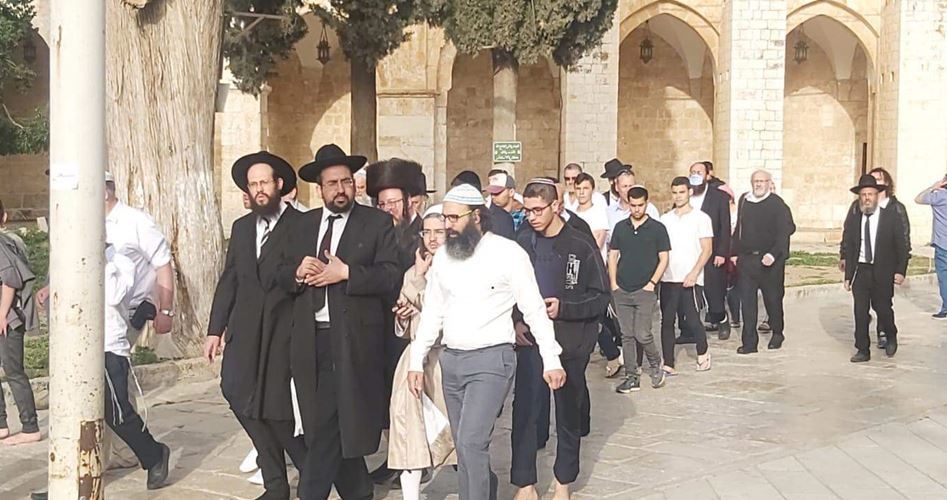 Dozens of extremist Jewish settlers forced their way into the Aqsa Mosque in Occupied Jerusalem under tight police protection this morning.

Settlers entered the Mosque in different groups through its Maghariba Gate and toured its courtyards under police guard.

Meanwhile, the Israeli occupation police imposed movement restrictions on Muslim worshipers at the entrances and gates.

The Aqsa Mosque is exposed to daily raids by Jewish settlers and police forces in the morning and the afternoon except on Fridays and Saturdays.