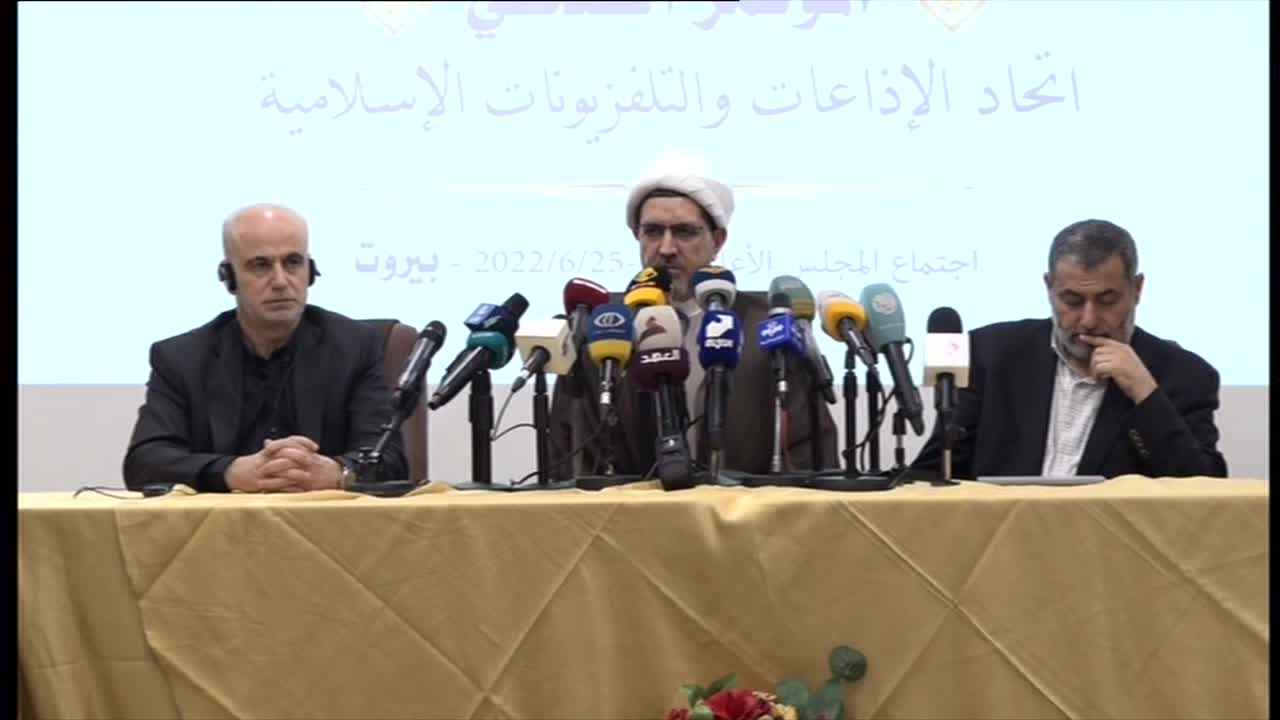 The Secretary-General of the Islamic Radios and Television Union (IRTVU), Sheikh Ali Karimian, underlined the Union’s persistence in defending the Islamic nation and the causes of its oppressed people, calling on media institutions to continue to raise their voice against global arrogance.

Sheikh Karimian made his remarks in a press conference held today, Saturday, as he concluded the fourth periodic session of the Union in Beirut on Friday and Saturday.

He stressed “We, as in the past, are proceeding in harmony, unity and cooperation with the various Islamic media institutions. Certainly, we seek to raise Islamic youth to meet this fierce Western attack that we see today.”

“Today we are witnessing great transformations in the world. We see the demise of global arrogance and the isolation of the Zionist entity, which is collapsing and fading from the inside.” He said.

He explained “Defending Islamic interests, protecting the oppressed of the world, opposing global arrogance, clarifying facts and defending oppressed peoples, especially the Palestinian people, are of the functions of the IRTVU.”

The Secretary-General continued “I think that the front which has been formed today is a blessed front par excellence that managed in previous years to reach great and considerable compromises.”

“We believe that we are the right front and our words will affect ideas all over the world. The owners of right are waiting to hear the voice of truth, and this is the responsibility of our media friends which they have held during the past years.”