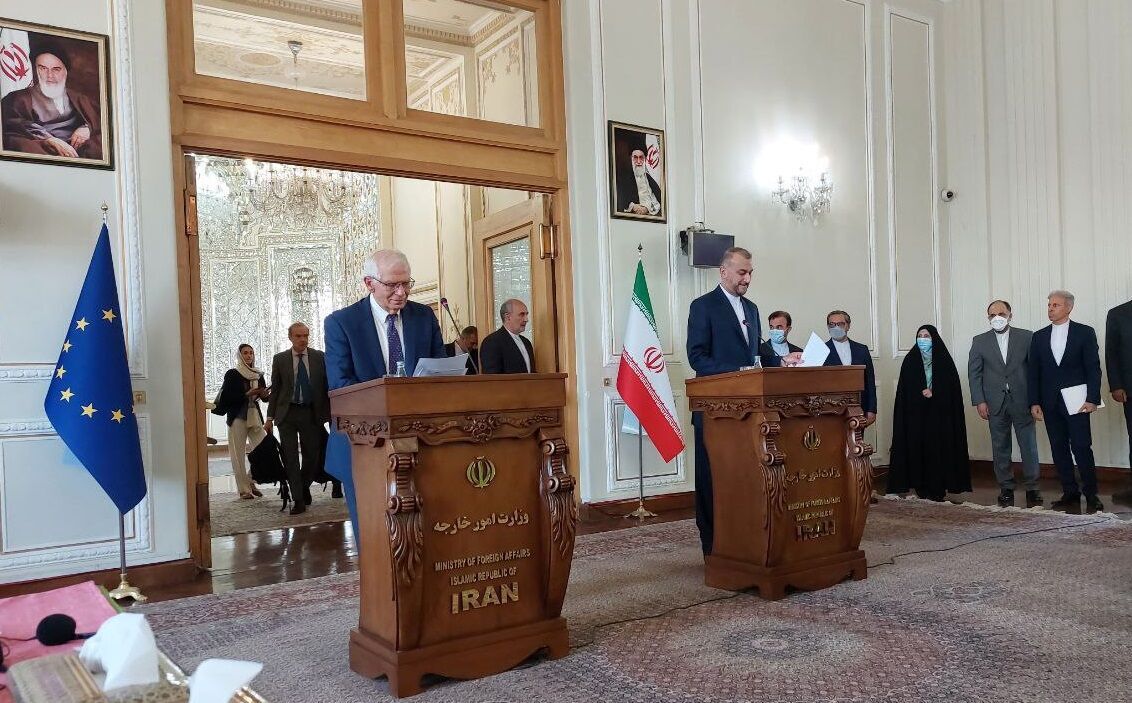 In a joint press conference with the EU’s Foreign Policy Chief on Saturday, Iran’s Foreign Minister stressed the two sides’ agreement on the continuation of Vienna Talks for lifting sanctions on Iran.

Speaking at a joint press conference with EU foreign policy chief, Iran’s Foreign Minister said that Iran was seeking to maintain balanced relations with the world, including Europe.

Amirabdollahian said that Tehran-Brussels’ ties were not at the desired level, expressing hope that the ties go high after the talks with Mr. Borrell.

He explained “Mr. Borrell had called me a while ago and asked me to follow up on the stalemate [in Vienna Talks] due to the IAEA resolution, and I told him that Iran welcomes an outcome-based diplomacy. I invited him to Tehran at that time and this trip is the result of that invitation.”

He said that Borrell was told that Iran was ready to resume the Vienna talks, noting that what was of importance for Iran was the country’s full benefits from the 2015 agreement or the so-called the Joint Comprehensive Plan of Action (JCPOA).

“In the course of the dialogue to be resumed soon, we will try to resolve the problems and differences,” The Iranian FM said.

He further expressed hope that the US made a realistic decision and took committed steps in the course of negotiations to reach an agreement.