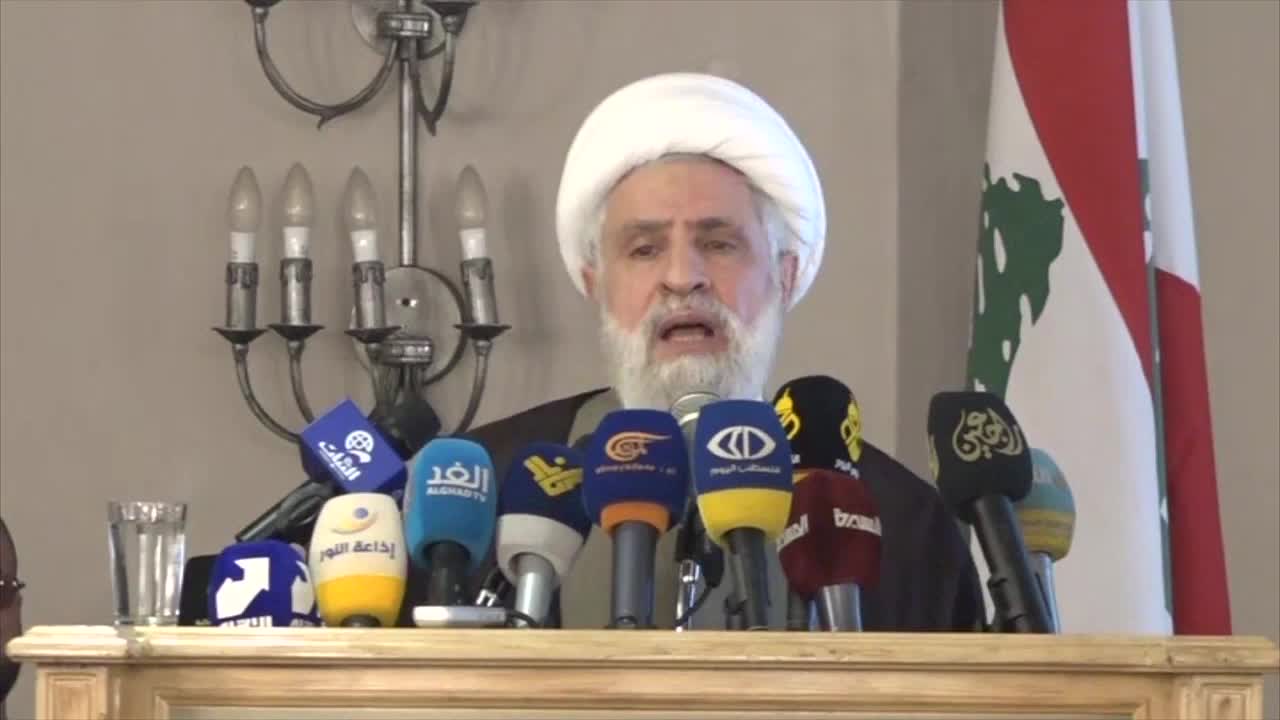 Addressing the Arab and Islamic National Conference in Beirut, Sheikh Qasem indicated that the Israeli scheme relies on Palestine in preparation for occupying the entire region.

Sheikh Qasem noted that the Palestinian resistance protects Palestine’s cause, adding that the Zionist threats do not terrify the axis of resistance.

Hezbollah Deputy Chief noted that the United States exploits everything to serve the Zionist entity, adding that the Arab countries which have normalized ties with ‘Israel’ inflict losses upon their people.

Finally, Sheikh Qassem highlighted Hezbollah readiness to face any Israeli aggression, recalling the history of victories over the Zionist enemy in Lebanon and Palestine in this regard.