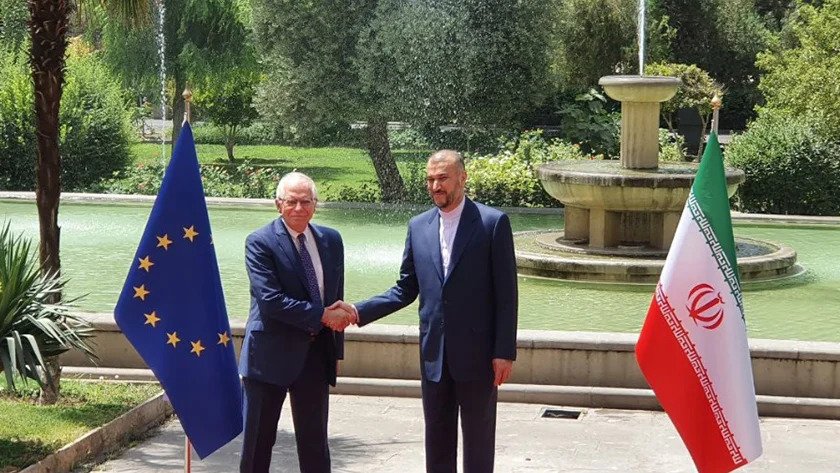 The EU foreign policy chief, who arrived in Tehran on Friday night, met with the Iranian foreign minister on Saturday morning.

The two sides reportedly talked about the relations between Iran and the EU, regional and international issues, and the latest developments in the Vienna negotiations for the revival of the Joint Comprehensive Plan of Action (JCPOA) and removal of the sanctions on Iran.

Since April 2021, several rounds of talks between Iran and the five remaining parties to the JCPOA — Britain, France, Germany, China and Russia — have been held in the Austrian capital to bring the US back into the Iran deal.

The Vienna talks, however, exclude American diplomats due to their country’s withdrawal from the deal.