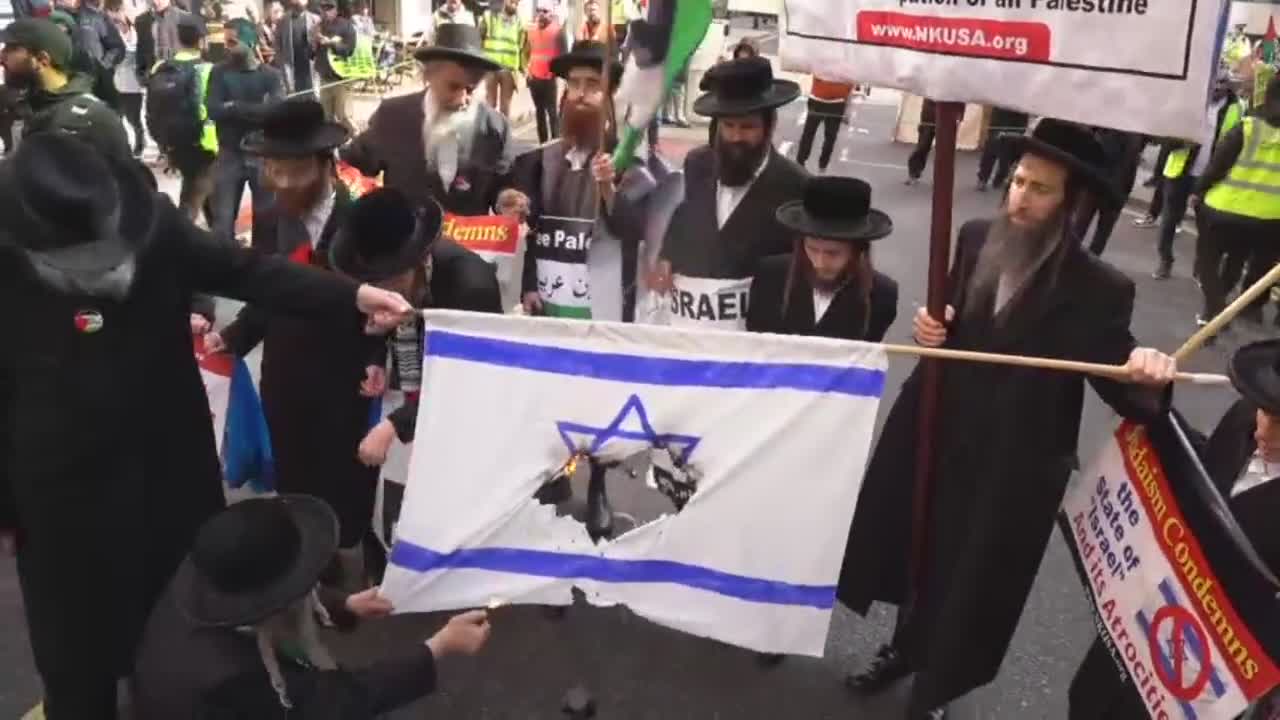 Hundreds of people took part in rallies in London called by Muslim communities, human rights organizations as well as Arab and foreign activists in commemoration of the Quds International Day.

A number of Jewish rabbis participated in the rallies in central London, where they burned Israel’s flag and called for an end to the Israeli war on the Palestinian people.

The participants carried Palestinian flags and toured the streets of the capital, chanting slogans calling for freedom for Palestine.

The Arab and Islamic world celebrates the last Friday of the holly month of Ramadan as the International Quds Day which was announced by the Leader of the Islamic Revolution in Iran, Imam Khomeini, on the seventh of August 1979 in support of Al-Quds and Al-Aqsa Mosque and in rejection of the Israeli occupation of the holy sites.