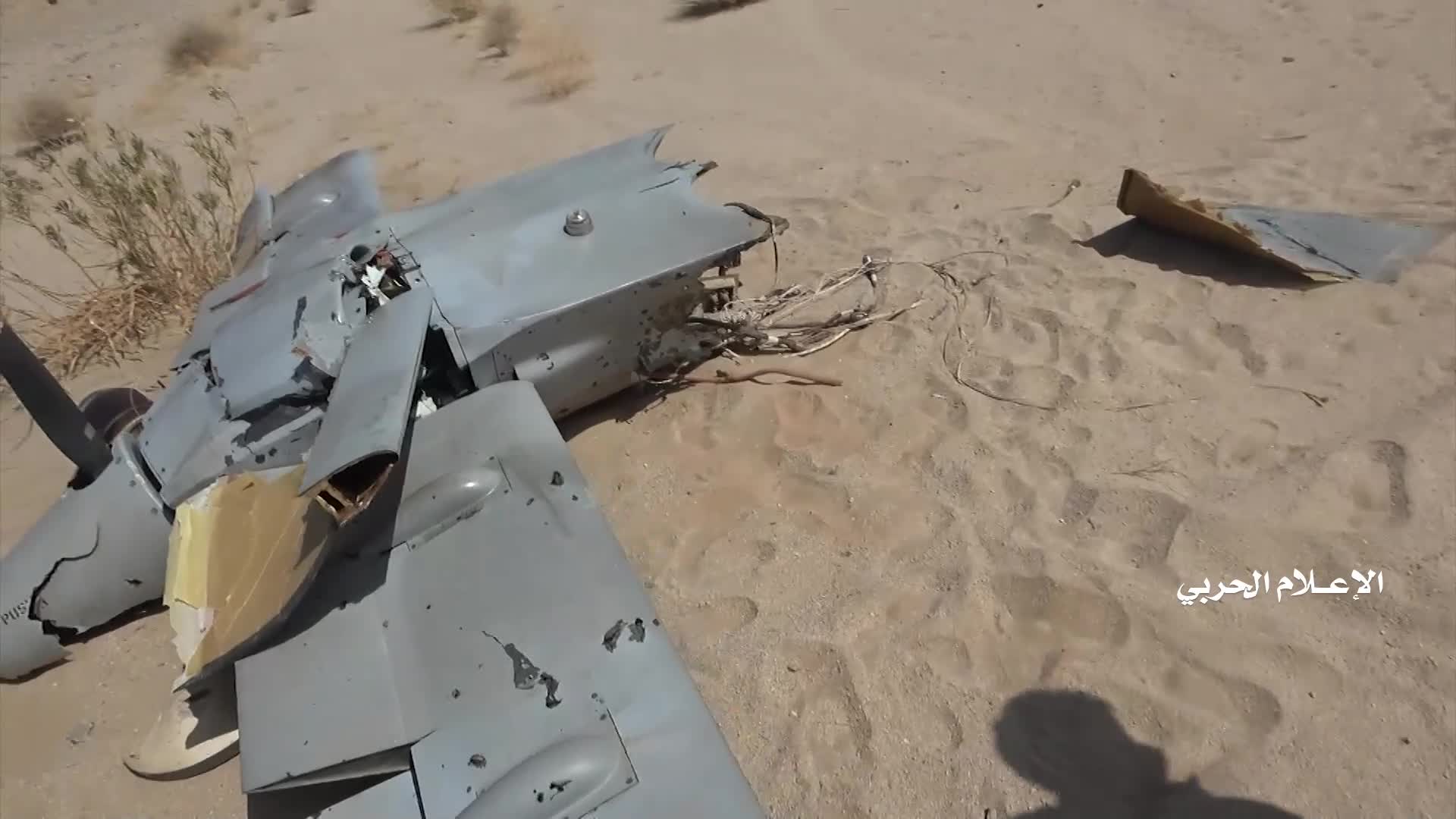 The air defenses of the Yemeni Army and the popular military forces on Friday shot down a spy plane of the UAE Air Force in Al Jawf province.

Saree pointed out that the plane was shot down while it was carrying out hostile missions at dawn Friday in the airspace of Al Jawf.

He stated that the targeting process was carried out by a locally made surface-to-air missile, which has not been disclosed yet.

In addition, the air defenses shot down on Friday morning a US-made spy plane in the Marib province.

Saree said the air defenses managed to shoot down the US-made Scan Eagle spy plane by a suitable weapon.

Saree said the targeted plane was shot down while it was carrying out hostile actions in the airspace of al-Joba district in Marib.